Accra Hearts of Oak tied the game against Dreams Fc on match day 8 at the Accra Sports Stadium after falling behind by two goals.

In the 14th minute of the game, Dreams FC’s David Van Dijk scored the game’s first goal, giving the away team the advantage.

The goal Hearts of Oak gave up roused them, and Junior Kaaba earned them a free kick, but they wasted it.

Hearts of Oak, the home team, had multiple opportunities to tie the score but were unsuccessful.

David Van Dijk scored the second goal for the visiting team Dreams FC to make it 2-0 after the break.

The Dreams FC defense finally gave in to the persistent pressure Hearts of Oak applied when Collins Boah scored an own goal in the 75th minute.

In the 90th minute, Benjamin Yorke made it 2-2 with a bullet of a strike from outside the penalty area. 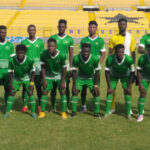 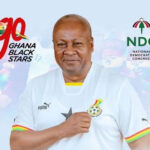