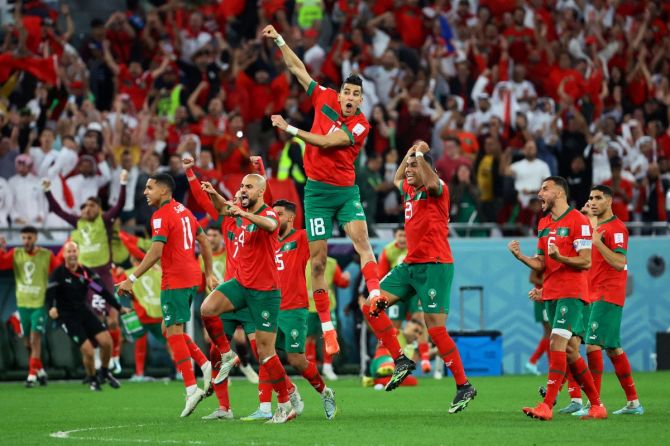 Morocco’s Atlas Lions defeated Portugal in the quarterfinals to advance to the 2022 FIFA World Cup semifinals as the first African nation.

Following multiple difficult and unsuccessful tries by the Indomitable Lions of Cameroon, Terenga Lions of Senegal, and the Black Stars of Ghana in 1990, 2002, and 2010 respectively, this victory makes Morocco the first African nation to ever advance to the World Cup semifinals.

Youssef En Nesyri gave Morocco the lead in the 42nd minute, and they defended their lead to advance as the only African team to the quarterfinal stage of the 2022 World Cup.

In a close game between the two teams, the outcome was decided by the goalkeepers present on the field after Diogo Costa made a mistake after failing to deal with Attiat-cross Allah’s and En Nesyri scored.

On the other side, Morocco’s goalkeeper Bono was outstanding in the second half as he made two outstanding stops to prevent Joao Felix from adding to their advantage after the opening 45 minutes.

In the early parts of the second half, Portugal manager Fernando Santos made two rapid substitutions, bringing on Cristiano Ronaldo and Rafael Leao as they looked to draw even.

When Ronaldo and Leao entered the game, Portugal’s offense gained some bite, but Bono was always there to prevent Morocco from losing their competitive advantage.

Walid Cheddira’s dismissal from the game in the 93rd minute for receiving two yellow cards gave Portugal a slight advantage, but Morocco held onto their lead until the very end.

Pepe had Portugal’s best opportunity to tie the score in the second half, but his header missed the target, and Morocco went on to win the match after referee Facundo Tello declared the match over.

In the current round of the 2022 FIFA World Cup in Qatar, Morocco has only allowed one goal—an own goal—and will play the winner of the match between England and France in the semifinals. 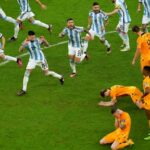 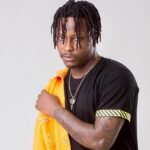 Kelvyn Boy: Help your friends who are artistes
Leave a comment