Mohammed Kudus, a midfielder for Ghana, has hypothesized that their defeat in Qatar might have been influenced by the 2010 World Cup’s occurrences.

The Black Stars were eliminated from the World Cup in the group stage after losses to Uruguay and Portugal sandwiched a victory over South Korea.

The misery of 12 years ago when Asamoah Gyan missed his extra-time penalty against the South Americans with Ghana close to earning a historic semi-final berth was brought back by the captain’s first-half penalty miss against Uruguay in their 2-0 loss.

“When Ghana needed us the most, collectively by our arts we painted an unpleasant picture, souring 12 years of pain. As a team we take responsibility for letting Ghana down but we pick the positives to grow.”

Ghana had a chance to go to the round of 16, but their final group stage matches didn’t go their way. The South Americans gained control of the game to win after Ayew’s failed penalty.

South Korea won 2-1 to finish second in the group behind Uruguay with a better goal differential, and Ghana finished bottom with three points to exit the competition.

Kudus, who scored two goals in his team’s 3-2 victory over the Asian giants to become the first Ghanaian to score a hat trick at the World Cup, was his team’s standout performer at the competition. Ayew’s missed penalty shot was also won by him.

A group of Black fans’ reactions to Kudus’ thoughts have been conflicted, with some of them backing him and others criticizing some of his choices.

“I love you regardless, just be focused and put whatever has happened behind you ok,” said @ConstanceOwus14 in response to the tweet.

“You are an excellent player with enormous talent. You showcased to the entire world what you got and I know that there’s more to come from you,” replied @DJSpeech_1.

“You had a very good tournament. The only positive we can take from Qatar,” said @MANamandze.

Ghana’s tactical plan in Qatar did not excite all of Ghana’s fans.

“But the truth be told, the way you and Alidu [Seidu] played, If others played even half of it, we would go far. Your coach did not help. Some players shouldn’t be closer to the first 11,” responded @attrakta.

Others questioned his decision to miss the penalty against Uruguay.

“You won a penalty and let someone else take it. Were you afraid or intimidated?” posed @no_two_ways.

Kudus will now join his team, Ajax Amsterdam, who is preparing for the return of the Eredivisie in January.

A team is like a puzzle; every jigsaw piece is important to solve a problem or complete a picture. When ???????? needed us the most, collectively by our arts we painted an unpleasant picture souring 12 years of pain. As a team we take responsibility for letting Ghana down but ….. pic.twitter.com/CEsCqBkUZR 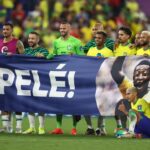 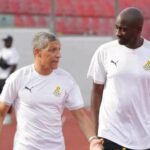