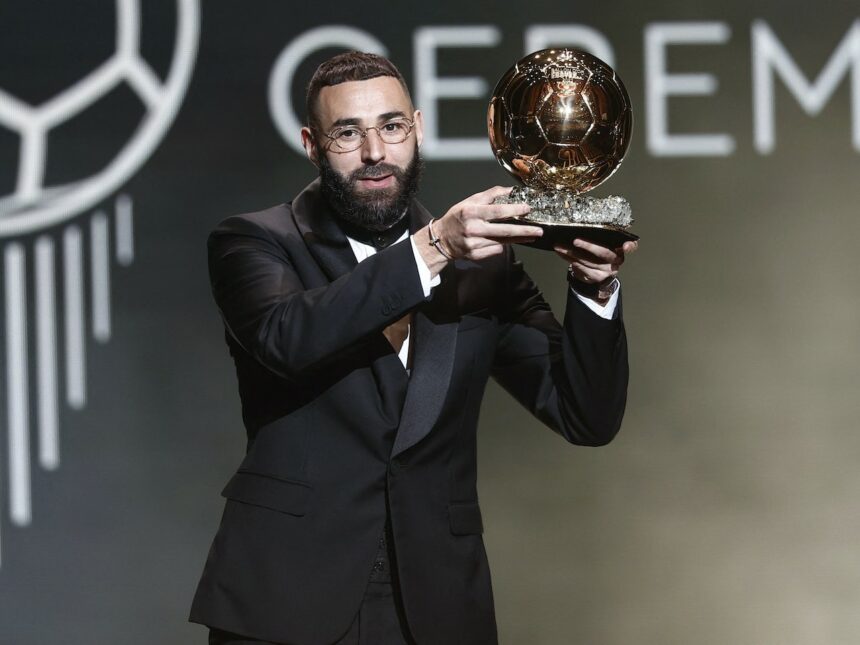 The France international had an outstanding 2021–22 season at Santiago Bernabeu, scoring an incredible 44 goals to help Los Blancos win the La Liga and Champions League. The 34-year-old made 15 goals in European play and 27 in the Spanish top division last season.

For Madrid, Benzema has been a revelation, filling the vacuum left by Cristiano Ronaldo’s departure in 2018 and taking on the captaincy role after Sergio Ramos joined Paris Saint-Germain. His peers have now recognized him as the best player in the world, defeating opposition from players like Kylian Mbappe, Robert Lewandowski, Sadio Mane, Mohamed Salah, and Erling Haaland to win the coveted Golden Ball.

Lionel Messi and Cristiano Ronaldo have recently dominated the Ballon d’Or vote, with the Argentinean winning a record-breaking seven accolades and the Portuguese superstar taking home five. Along with Ronaldo and Alfredo Di Stefano, legendary player Michel Platini, Johan Cruyff, Marco van Basten, Franz Beckenbauer, and Johan Cruyff have all won the championship on many occasions. Benzema has added to Real Madrid’s record-breaking collection of awards by becoming the ninth player to win it.

The seasoned forward has scored goals again this year as Real seeks to retain both their domestic and continental titles. He also hopes to assist France win the World Cup once more in Qatar in 2022. 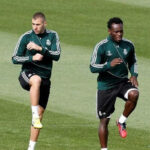 Ballon d’Or win: ‘You deserve it’ – Michael Essien to Benzema
Leave a comment