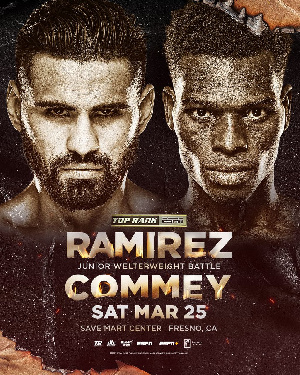 Richard Commey, a former IBF Lightweight World Champion, says he is ready for the battle when he faces Jose Ramirez on March 25.

On Saturday, March 25, at the Save Mart Center in Fresno, California, the 35-year-old will compete against Jose Ramirez in a 12-round junior welterweight main event.

Commey hopes to rebound with a victory against Jose Ramirez after his previous fight, against Jose Pedraza, was declared a split draw.

“I want to thank my team for putting me on the path to fulfilling my dream of becoming a two-weight world champion.

“I also want to thank Bob Arum and Top Rank for once again showing faith in me by allowing me to headline against a formidable opponent in Jose Ramirez. I’m up for the challenge, and I intend to make Ghana and all my fans around the world proud.”, Commey said.

Richard Commey’s opponent Jose Ramirez anticipates him to perform at his peak.

“Richard Commey is a championship fighter with everything to gain. I expect the best version of Commey on March 25”.

“My goal is to become champion again, and I am more motivated than ever to prove that I am the best junior welterweight in the world.”

“Fresno and the Save Mart Center hold a special place in my heart, and I am blessed to be able fight in front of my Central Valley fans once again,” Ramirez added. 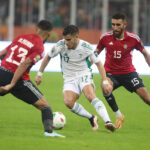 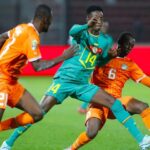