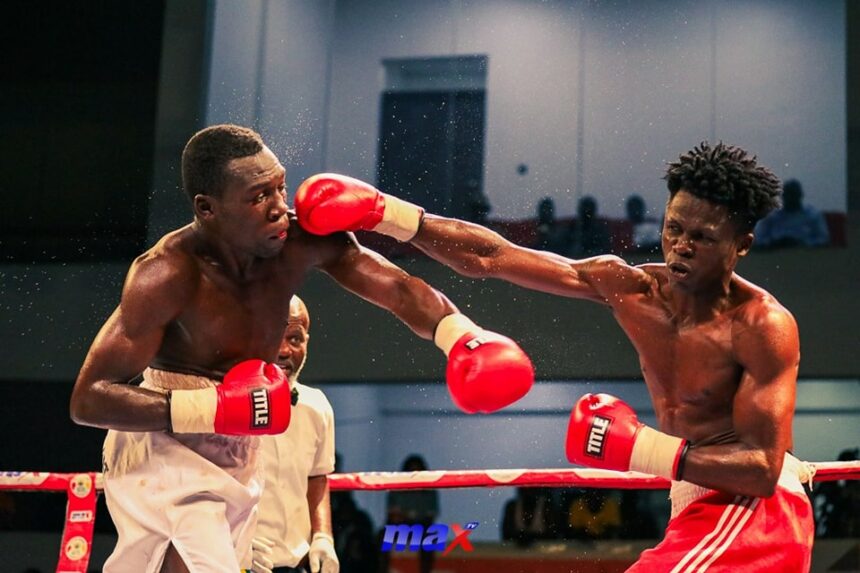 There was a countdown to a live performance on that night with musician Kamelyeon performing hit songs to spice it up with entertainment from local audience. Kamelyeon was on fire.

The Bukom Boxing Arena, after thirteen thrilling Fight Nights, had boxers in different weight categories more than ever before. There were exciting matchups and some surprising results. Boxers had a lot to fight for.

Shown on MaxTV, Fight Night 13 of the Deluxy Professional Boxing League started Live from the Bukom Boxing Arena with the first bout of the night at 9pm   .

Joseph Chukwemeka Amuebunda from Nigeria displayed some exciting boxing skills as he expertly brushed aside Robert Nunoo in round 2 after just 23sec.

Nigerian Joseph Chukwuemeka defeated Robert Nunoo in round 2 after 0:23sec in the Super feather weight contest.

John ‘Candy Man’ Easter from South Carolina, USA, delivered a devastating KO in round 1. Abraham Condoh proved to be no match for him. 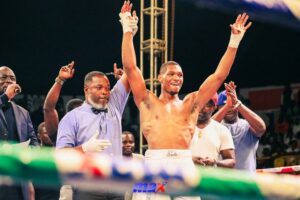 Nathaniel Nukpe succumbed to a brilliant Felix Ajom after 4 rounds of boxing in a super featherweight contest. Felix Ajom floored him in the 4th round after 2:21sec.

Mohammed Fuseini from the CBQF Gym destroyed debutant Arnold Addo from the Palm Springs Gym in just round 1 of the Batam weight contest, after which he rendered an unqualified apology for reporting late to the ring.

Prof.Joshua Alabi graced Fight Night 13 with his presence. He was seated in the VVIP section at the Bukom Boxing Arena. 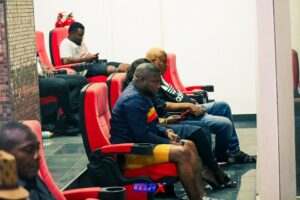 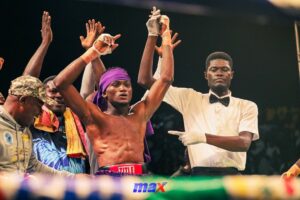 Prince Arhin produced the shock of the night as he defeated the experienced Joseph Tetteh from the Akotoku Gym as the judges also scored 57-58, 55-59, and 57-58 in the middle weight contest. 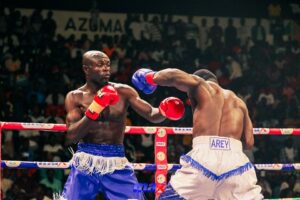 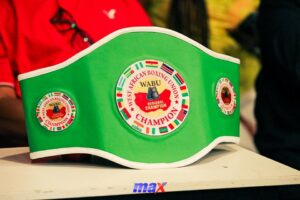 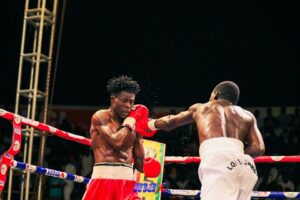 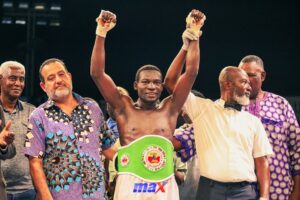 Michael Offei Dodoo also defeated Eric Amershiorkor after six rounds of an entertaining fight as the judges scored 60-53, 59-54, and 60-54 in the super featherweight contest. 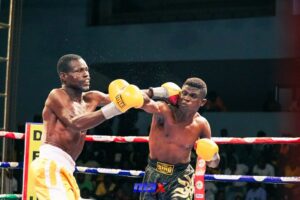 What a night it was at the Bukom Boxing Arena with Fight Night 13.

Watch out for Fight Night 14 on Saturday, 1st of October, 2022, at the Bukom Boxing Arena from 9pm and Live on Max TV Nationwide. 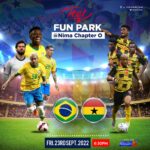 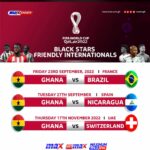