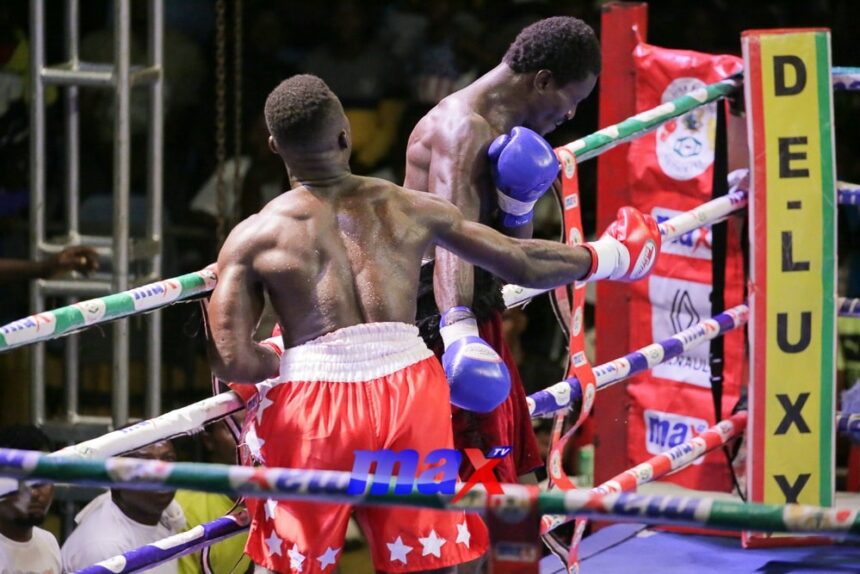 Last Saturday saw the conclusion of Fight Night 17 of the thrilling De-Luxy Professional Boxing League at the Bukom Boxing Arena. As usual, it was a night to remember as all of the boxers on the card had strong performances, with the better ones coming out on top.

Prince Quaye was also defeated in round three by Eric Korley.

Aminu Quarshie, a former kickboxer, is establishing a reputation as a fighter to watch after quickly defeating Sampson Tettey in the opening frame.

Adotey Tetor, a musician who is adored by the Arena crowd, provided wonderful, hip entertainment alongside the boxers. 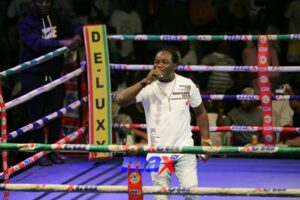 Musah Lawson, a prisons officer and national champion, gave an outstanding performance against Evans Oware and won the fight in round five. 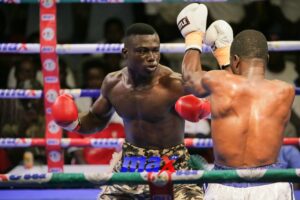 Imax Media Promotions and the Ghana Boxing Authority (GBA) are working to train spectators on proper behavior within the arena. 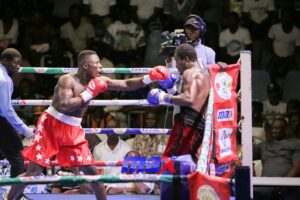 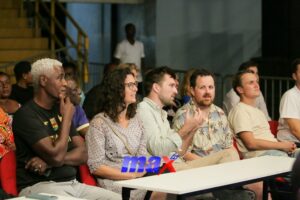 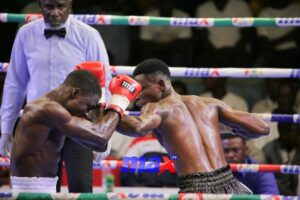 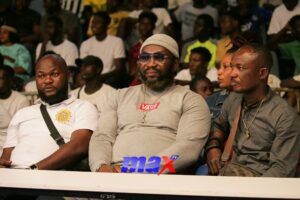 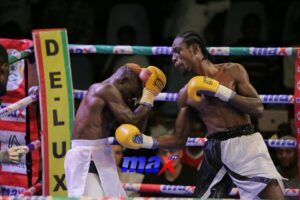 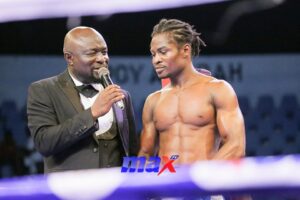 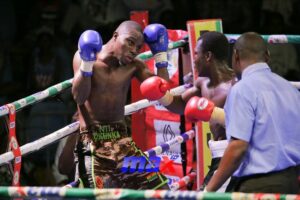 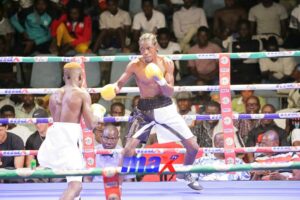 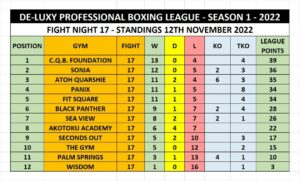 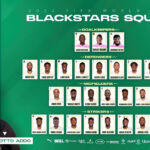 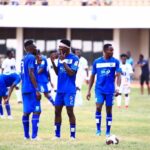