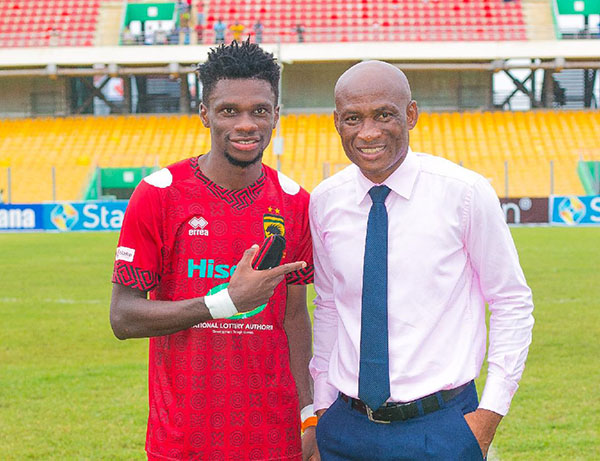 Etouga went on to compare the Porcupine Warriors’ head coach to his previous coach, who, according to the striker, would sideline a player for making the tiniest of errors.

When he first joined the team, Kokoto’s danger man was ordered by coach Prosper Narteh to treat him like a father.

“He’s a very good person, I remember the first time I met him, he told me to take him as a father first before him being a coach. He’s a calm person who has given me the chance because with my previous coach the least mistake and you’re put on the bench,” he said in an interview with a Kumasi radio station.

During Asante Kotoko’s preseason tour in Dubai, the Cameroonian striker said that his brother told him that the guys are very serious.

“The first time I saw them play in Dubai, my brother told me these boys are serious so we need to work hard. And it motivated me to work hard and settle in,”

With 21 goals, Franck Etouga leads the 2021/22 Ghana Premier League goal scoring race, one goal ahead of Ashantigold’s Yaw Annor, who has 20 goals. 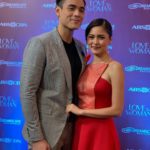 LOVE THY WOMAN: Tonight (FRIDAY 10TH) On EPISODE 05
Next Article 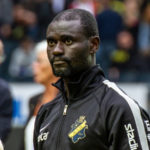 Enock Adu Kofi : I can do better than some players in Black Stars
Leave a comment