The Ghana Football Association (GFA) has begun due processes to introduce the Video Assistant Referee (VAR) to various domestic competitions.

Despite the many controversies which surround the VAR technology, GFA  hopes to deploy the technology in Ghana in the next few years.

The video assistant referee was introduced by the International Football Association Board (IFAB) in 2018 as a law with the intention of retracting the many officiating errors in major competitions.

This technology is an assistant referee in football that aids in making the right calls during officiation during football games. It intervenes with the referees’ decision by allowing an on-field review with the use of video footage and headsets for communication.

In an interview with GFA news, GFA Referees manager, Alex Kortey said “VAR is coming to Ghana, but there are a lot of work that we need to do to ensure that VAR comes to this country”.

With FIFA on their tail to make VAR the new normal in Member Associations (MA) within the next three years, the GFA are keen on keeping Ghana football up to date by accepting this concept.

The VAR is in three forms; VAR in a structure, VAR in a container and VAR in a van. Mr. Kortey however hinted he would rather the GFA used the VAR in a van since it is more mobile.

FIFA is willing to bolster this initiative but the willingness and commitment from the Member Association is key in making this cause a successful one.

Mr. Kortey was confident of the support both FIFA and CAF would render to the GFA to actualize the project. He also said that referees should be efficient and exhibit an impeccable aura of officiation on the field instead of depending wholly on VAR.

The GFA wants Ghanaians to catch the excitement that VAR will soon be featured in the various domestic leagues as CAF and FIFA have pledged their allegiance to this ground breaking cause.

Coach Otto Addo: I am not bothered with Black Stars form 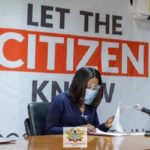 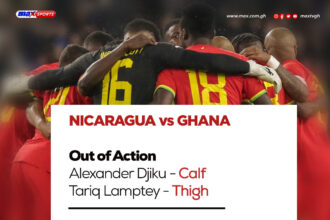