The woes of King Faisal continued as they dropped more points at home when they faced Dreams FC in the Ghana Premier League.

The game played at the Techiman Park on January 1, 2021 was the first GPL game this year.

A first half strike by Kwadwo Frimpong was cancelled by Victor Oduro as the two sides shared the spoils at the Ohene Ameyaw Park.

It was a game of both halves as King Faisal enjoyed the chunk of possession but the visitors grew into the game in the second period.

King Faisal’s effort finally paid off in the 34th minute as Kwadwo Frimpong latched on a pass in the penalty box to give them the lead.

The first half ended 1-0 in favor of King Faisal.

Dreams came back from the break looking more purposeful in attack.

Victor Oduro levelled matters for Dreams FC in the 74th minute after his shot deflected off Wadudu Yakubu in the penalty box.

King Faisal were reduced to ten men as Kaisan Yuisu was sent off for elbowing Ibrahim just after the Dreams FC goal.

The home team despite creating many chances couldn’t get the winner as the referee whistled for the end of the game.

This draw leaves King Faisal 16th with Dreams one place above them in 15th. 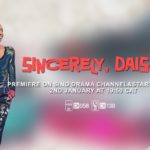