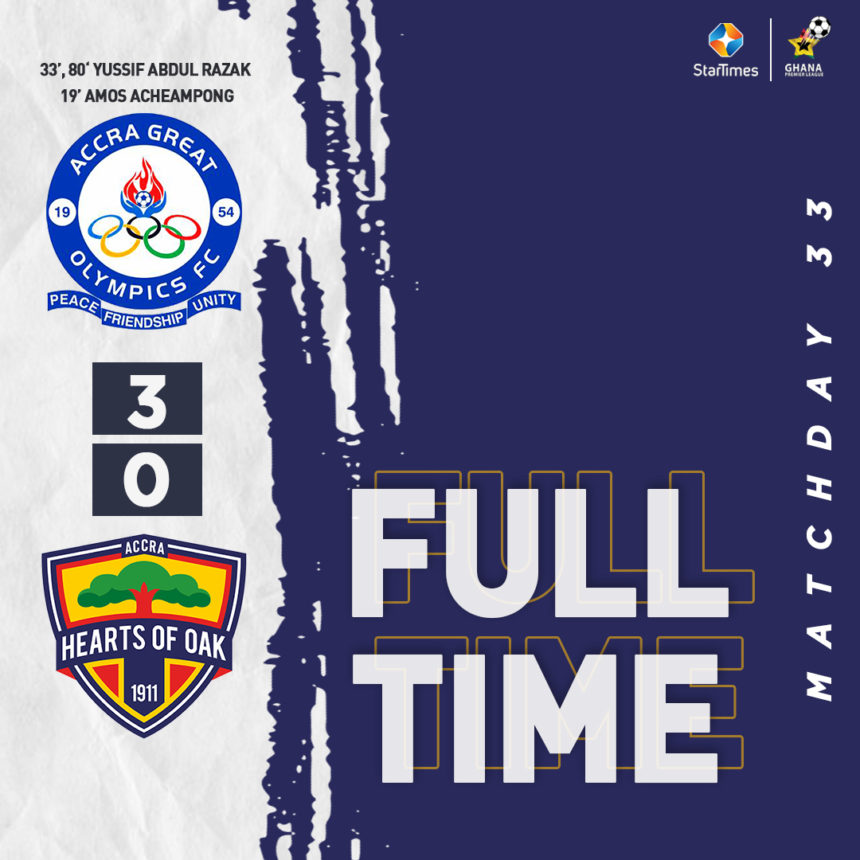 Hearts of Oak were unable to develop antidotes to the Great Olympics’ dangers, and were eventually defeated by the Blue and Whites in the Ga-Mantse derby.

Great Olympics outplayed the Rainbow Boys throughout the game, creating numerous opportunities against a meek Hearts of Oak SC club that was shambolic in possession.

Amos Acheampong’s exquisite finish in the 19th minute of the contest gave the home team a deserving lead on the balance of play in the opening minutes of the competition.

The Phobians made three changes in the first half of the game in an attempt to get back into the game, but they were unable to generate enough.

Nonetheless, it was Olympics who scored again before the break, this time through Razak Yussif in the 32nd minute.

Despite going close to scoring on a couple of occasions, Hearts couldn’t find a way back into the game, and were stopped by the Olympic goalie, who was outstanding on the day.

Late in the game, Razak scored again to put the game out of reach for the Phobians, who have now gone three games without a point.

Olympics won 3-0 at home and away in the Ghana Premier League in the 2021-22 season, putting them ahead of their opponents. 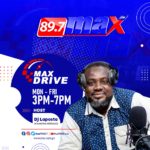 DJ Laposta to host the Max Drive Show on Max 89.7 FM
Next Article 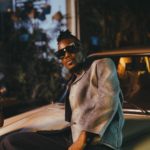 I Have A Song With Cina Soul Coming Out Soon! – Camidoh
Leave a comment