Week 27 games of the Ghana Premier League (GPL) comes off at all league centers this weekend.

This weekend  promises to be exciting as there are some mouth-watering GPL fixtures to look out for.

Kotoko travels to Dormaa to play Aduana as Hearts of Oak host Berekum Chelsea at the Accra Sports Stadium. 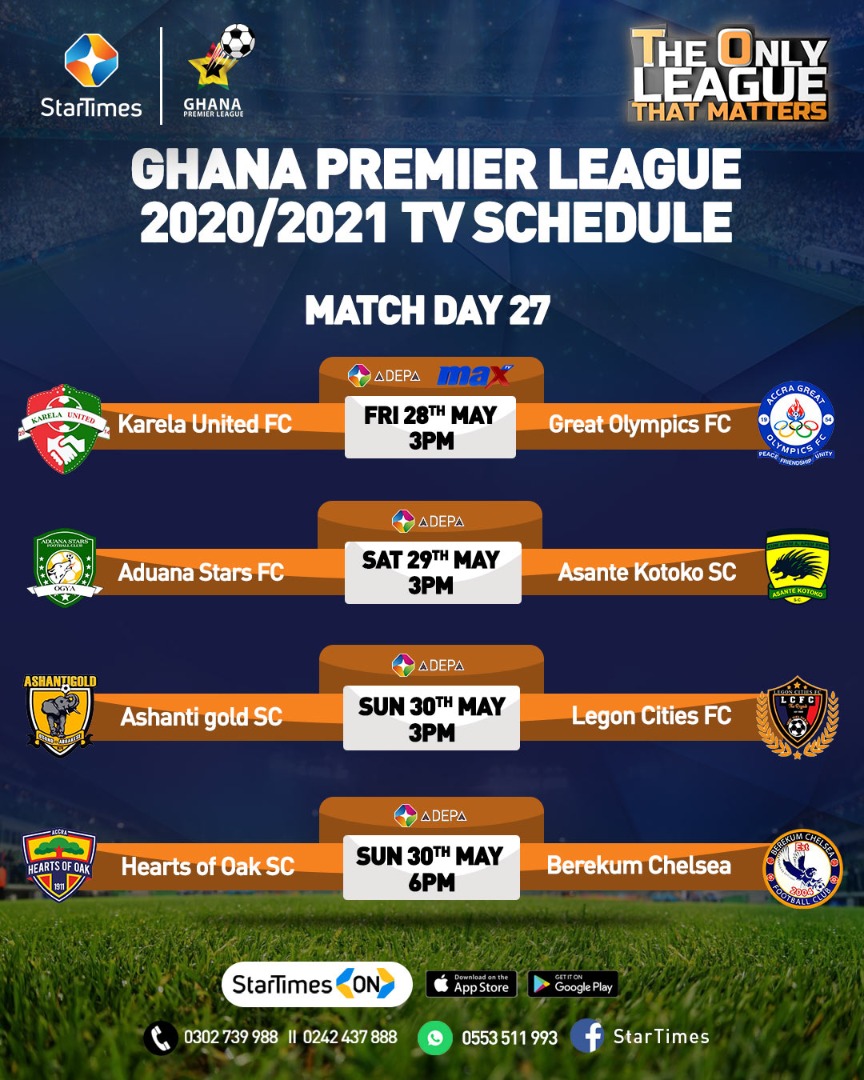 This game is huge for both sides as they are all chasing three points to help them with their league push.

They are three points off Kotoko and Hearts, for Karela they will look to continue their impressive home form and hope they get all points.

This is the game of the week, Aduana look to have rediscovered their form but suffered a 2-0 defeat to Legon Cities.

They host Kotoko who have drawn their last two games. The Porcupine Warriors have always found it difficult to beat Aduana at Dormaa and this Sunday promises to be crucial.

Kotoko will aim for all three points as a slip could mean Hearts stretch their lead at the top of the league.

Relegation-threatened Liberty Professionals have not won a game in their last five outings and they have a tough task against Dreams FC at Sogakope.

Dreams have been in fine form and lie 6th on the table, they have won three of their last five games and will be aiming to snatch all three points.

AshantiGold has been poor in the current GPL season and has recorded only one win in their last five games.

They currently lie 9th with 34 points. Legon Cities’ three wins in their last five games have seen them move out of the relegation zone and currently lie 11th.

A big game at the Len Clay Stadium on Sunday as the points is up for grabs.

It will be a straight battle between Bechem United and Sharks. The Elmina club is 14th and will need a win to move further from the relegation zone.

For Bechem United it’s about moving further up the table as they sit 10th.

Inter Allies are rock bottom of the league and they face a tough task against Medeama SC at Dawu.

Medeama is chasing the league and is just three points behind Hearts and Kotoko and this is an opportunity for them to close the gap.

It is a straight bottom-of-the-table clash, King Faisal plays host to Eleven Wonders at Techiman.

King Faisal lies 15th on the table just two points above Eleven Wonders who are 16th.

WAFA has been good at home but bad on the road, they lie 8th and will play Ebusua Dwarfs at the Sogakope Pak.

9. Hearts of Oak vs Berekum Chelsea

Hearts of Oak will play Berekum Chelsea at the Accra Sports Stadium.

The league leaders will have only one aim, to get all the three points and stretch their lead. 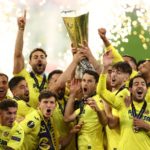