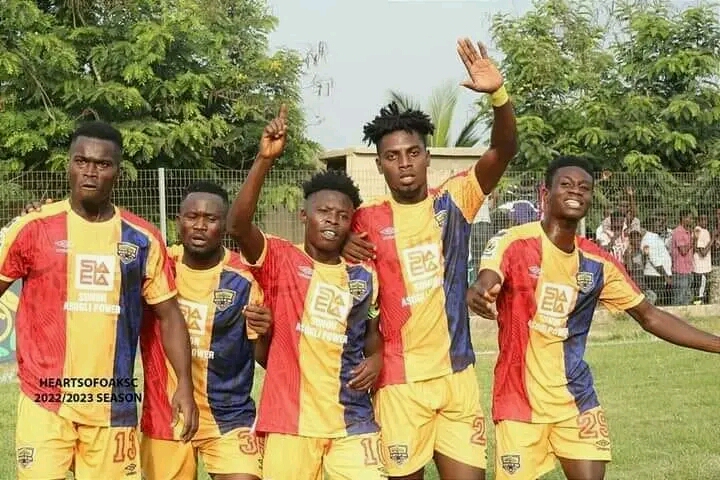 On matchday 11 of the Ghana Premier League (GPL), Accra Hearts of Oak’s defender Caleb Amankwa came on late to score the winning goal in their 3-2 victory over Tamale City at the Cape Coast Stadium.

Salifu Ibrahim converted a penalty for Hearts of Oak in the 35th minute after a Tamale City player had stomped Amankwa Baafi in the chest.

When Tamale City equalized the score two minutes later, Hearts of Oak’s joy was curtailed. When Hearts of Oak defender Robert Addo Sowah was fouled by his mark, Isaac Mensah successfully converted the resulting penalty to tie the score.

Sampson Eduku gave Tamale City the lead with five minutes left in the half when he ascended above everyone else on the field to head in a cross to make it 2-1.

The advantage was held by the visitors at the half, but they soon lost it when Benjamin York scored to tie the score.

Within 30 seconds of the ball being passed from the center, the Phobians scored one of the quickest goals.

Caleb Amankwa pounced on a stray ball in the 87th minute to score the crucial match-winner for Hearts of Oak just as it appeared that both teams would settle for a draw.

After losing their opening game of the year to Bechem United by a score of 2-1, Rainbow Club now had their first victory of 2023. 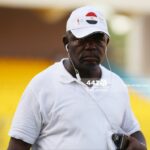 Olluboi Commodore: You can boo me if Olympics doesn’t beat Kotoko on Sunday
Next Article 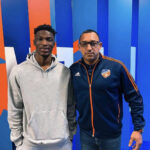