In week three of the betPawa Ghana Premier League, Accra Lions’ brilliant goal from Dominic Nsobila was enough to give them the victory against Tamale City and earn them all three points.

It was Accra Lions’ second straight victory, giving them six points after three games, while Tamale City has yet to earn a point this year.

Beginning the game with a strong possession advantage, Accra Lions rightly grabbed the lead in the 10th minute.

Cisse Tijani, the goalkeeper for Tamale City, was unable to save Nsobila’s thunderbolt strike from beyond the penalty area as it soared into the top corner.

After falling behind 1-0, Tamale City made a couple good opportunities on goal, but Accra Lions goalkeeper Andrews Owusu handled them all with ease.

Past the halfway point, both teams continued to play an entertaining game with good passing, but Tamale City’s assault proved more lethal.

Tamale City was the team with the most of the strength towards the end of the first half, and Isaac Mensah put the ball in the back of the net, but the goal was ruled offside.

Tamale City had a strong second-half start, and we were in control as they looked for the equalizer.

Accra Lions, who frequently play on the offensive end, had to play defense more in the second half, but they did it with excellent execution, containing the opposition’s onslaught.

Even more so in the second half of extra time, Tamale City fought valiantly to get the equalizer, but Accra Lions held on to earn all three points. 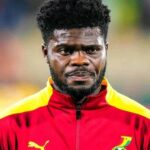 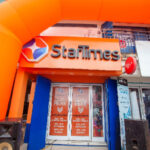