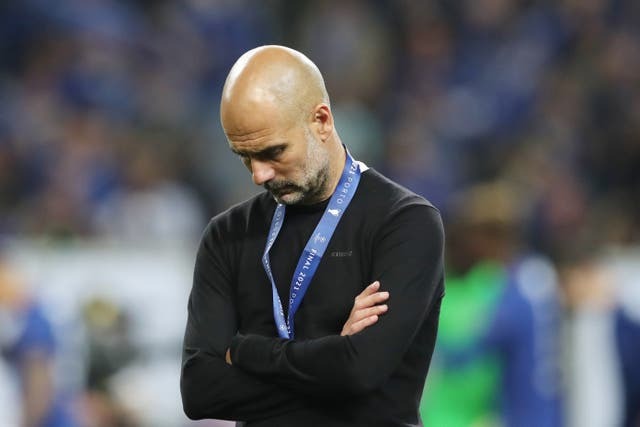 Pep Guardiola has defended his much-maligned team selection after Manchester City lost to Chelsea in the Champions League Final.

The reigning Premier League champions’ wait for a first triumph in Europe’s elite club competition goes on after Kai Havertz’s cool first-half finish secured a deserved 1-0 victory for Thomas Tuchel’s side in Porto.

Despite a dominant season, City were well below par at the Estadio do Dragao, registering just one shot on target throughout the 90 minutes as Guardiola was outwitted by Tuchel for the third time in a matter of weeks.

The Spaniard has received particularly stinging criticism from fans and pundits alike for perceived ‘tinkering’ in another big European game, with a surprising change in tack as both captain Fernandinho and Rodri were omitted from the starting lineup in Porto.

That left Ilkay Gundogan to revert back to a previous role and operate as the midfield pivot behind the likes of Bernardo Silva and Phil Foden, while Guardiola also persisted with a striker-less formation that involved Kevin De Bruyne playing as a false nine, flanked by Riyad Mahrez and Raheem Sterling.

Neither decision ultimately paid off, though Guardiola defended his selection and insisted that Gundogan performed well in a role he has played often before, although admittedly not for some time.

“I did my best in the selection,” Guardiola said. “Like last season against Lyon, like it was against PSG and Dortmund.

“I tried the best selection to win the game. The players know it. I think Gundogan played good, was exceptional.

“We missed a little bit to break the lines in the first half, but the second half was much better.

“It was a tight game and we had enormous almost-chances.”

Despite a miserable night in Porto, Guardiola insisted that the 2020/21 season had nevertheless been a remarkable one for City, who won their third Premier League title in four years at a canter and also lifted the Carabao Cup for the fourth time in a row.

They also reached the FA Cup semi-finals in addition to the Champions League Final, with Chelsea defeating them in both instances to rule out the prospect of a historic quadruple.

Liverpool boss Jurgen Klopp : It was an incredible strike from Mohammed Kudus

Alfred Schreuder: Kudus is very strong on the ball in small spaces 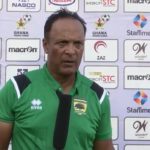 GPL : There’s something wrong with Kotoko – Barreto
Next Article 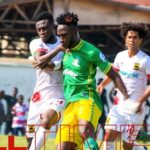 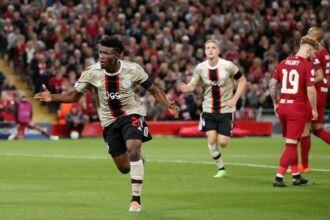 Liverpool boss Jurgen Klopp : It was an incredible strike from Mohammed Kudus