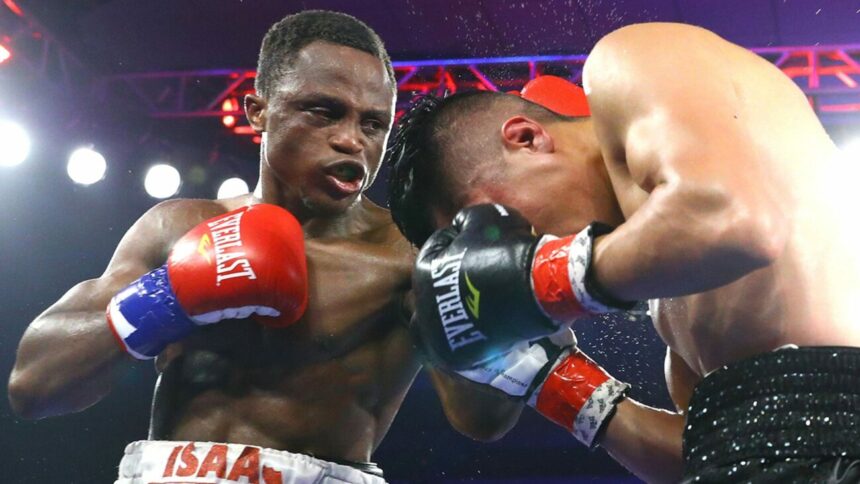 On Sunday, July 24, 2022, Isaac Dogboe “the Royal Storm” of Ghana fought Joet Gonzalez at the Grand Casino Hinckley in the United States to earn a chance at the Featherweight division’s world championship.

Gonzalez and Dogboe competed in the WBC final eliminator, which Dogboe won on a split decision.

After 10 rounds, the contest was still tight and had no clear winner.

As a result, the judges were forced to decide the winner because Dogboe beat Gonzalez. Two of the three judges gave the Ghanaian a favorable verdict.

Now that The Royal Storm may fight WBC champion Rey Vargas, he has an opportunity to capture another world championship.

Dogboe will be attempting to recapture the title he lost to Emmanuel Navarrette back in 2018 if negotiations for a match versus Vargas are successful.

Below is the score card : 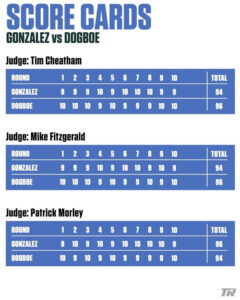 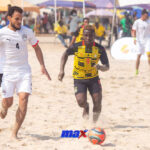 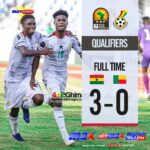