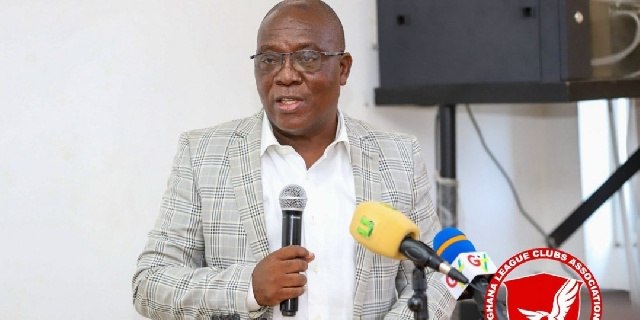 In light of this, he emphasized the necessity for a coordinated effort by Ghana’s game stakeholders to address the issue.

The number of supporters attending games in Ghana’s highest division, the Ghana Premier League (GPL), is steadily declining, which is having a negative financial impact on the local clubs.

The stadium’s football supporters are a fascinating sight to behold. Without them, the game would be boring because there would only be 22 players running about while coaches and other technical staff gave them instructions.

Clubs stand to profit from gate receipts, which may be used to run the clubs and pay players, aside from supporters supporting teams by cheering them on.

Unfortunately, throughout the past few seasons, fan attendance at Ghana’s numerous stadiums has declined significantly.

The former CEO of Ashanti Gold laments the fact that occasionally the gates are left open for free admission even when the leading clubs, Kumasi Asante Kotoko and Accra Hearts of Oak, face off. He brought up their most recent cup match as an example.

Speaking on an Accra-based FM station on Saturday, January 7, 2023, he said: “The last President’s Cup that we played between Hearts and Kotoko, even though there were a lot of challenges; people were not sure the match will be played in the evening [and] how safe they will be… At a point in time, a Hearts-Kotoko match was a Hearts-Kotoko match. That was the top-most bill when it came to Ghana football.”

Mr. Fianoo further added: “At a point in time, we had to open the gates for free. It is something that we have to engage ourselves [in]; there should be a concerted effort to resolve this matter. It is really worrying.”

Mr. Fianoo pleaded with the media to do their best to find a solution in order to help get the people to come watch the games.

Only 3009 tickets were reportedly sold for the Kumasi Asante Kotoko vs. Great Olympics match at the Baba Yara Sports Stadium on Sunday.

On January 11, the Hon. Mustapha Ussif-led Ministry of Youth and Sports said that it had met with the GHALCA leadership to discuss ways to draw crowds to domestic league games.

Following the meeting with the GHALCA leadership, the ministry has announced that discussions with the Ghana Football Association, the National Sports Authority, and fans will continue in order to come up with solutions to the problem of low fan attendance. 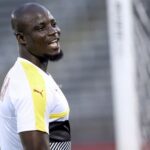 Stephen Appiah: Nobody knew a boy from Chorkor would captain Ghana at the World Cup
Next Article 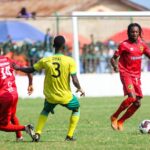 GPL: We will give Asante Kotoko tough match on Monday – Gold Stars CEO
Leave a comment