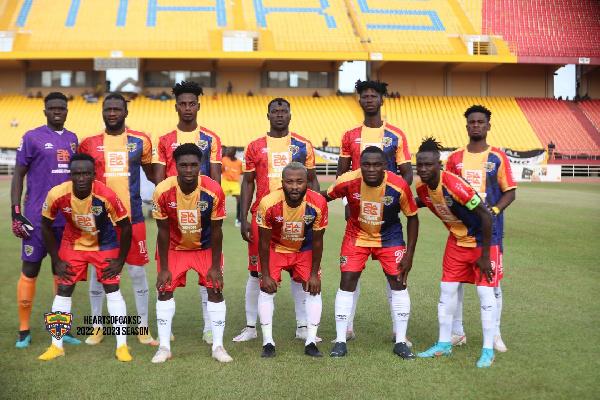 Accra Hearts of Oak, the reigning champions, were ousted from the 2022–2023 MTN FA Cup competition in the round of 32.

After defeating the Phobians 1-0 at the Accra Sports Stadium to earn their first victory over Accra Hearts of Oak away from home, Dreams FC put an end to the Phobians’ hegemony in the second-tier league.

Agyenim Boateng, a striker for the Dawu-based team, took advantage of a defensive blunder to win possession of the ball from Hearts of Oak defender Zakari in the ninth minute. After going face to face with Richmond Ayi, Boateng made no mistake in scoring.

This occurred shortly after Hearts Oak was refused a penalty for tackling Enoch Asubonteng in the opening minutes of the game.

Dreams continued to generate opportunities, but due to their carelessness, the first half concluded with a 1-0 score, giving the Phobians a chance to come back.

The Phobians returned for the second half in the hopes of making amends, but they were unable to accomplish anything because they squandered their opportunities.

After playing excellent defense in the second half, Dreams let their guard down in the 97th minute when Ishamel made a needless tackle on Kwadwo Obeng Jr., resulting in a penalty kick being given to the Phobians.

Augustine Koomson, the goalie, fortunately stepped off his line before making the save, and a review was requested. As a result, the Dreams FC players eventually decided to boycott the game for over three minutes.

Augustine Koomson, the goalkeeper, received the Man of the Match award for his outstanding performance. 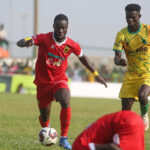 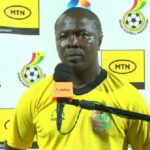