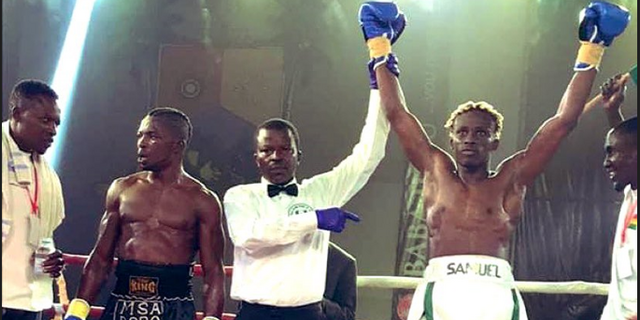 At the Teslim Balogun Sports Stadium in Lagos on Sunday, August 28, Ghanaian boxer Samuel Takyi knocked out his Nigerian opponent, Samuel Moses, in the opening round of their lightweight contest.

The Olympic medalist from Ghana wasted no time in landing some powerful blows on 36-year-old Samuel Moses to secure his third career victory.

Samuel Moses was knocked to the ground by the 21-year-old boxer at first, but the Nigerian fighter survived the count, and Takyi then rained down punches to finish off the journeyman boxer.

With a flurry of hooks and uppercuts to knock out the South African, the boxer displayed class by giving his opponent a technical knockout in the second round.

Samuel Takyi, who trains with the renowned Ike “Bazooka” Quartey, defeated Kamarudeen Boyefio in his debut fight back in April by technical knockout in the second round. The fight took place at the Bukom Boxing Arena.

Samuel Takyi has developed a reputation for quickly and sensationally knocking out his opponents in just three professional fights. 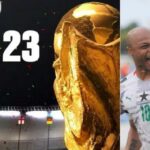 FIFA 23: Ghana in, Nigeria out as EA confirm new national teams
Next Article 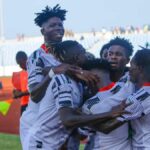