Kojo Appiah claims that the NSA gave itself the advice not to put trolls in the restrooms due to fans who have the intention of robbing the restroom.

Speaking before Sunday’s CAF Champions League match between Asante Kotoko and RC Kadiogo, the NSA Director pleaded with spectators not to take toilet paper rolls from the restrooms.

“One of the challenges we have which is very difficult to control is the Washrooms. When they come, they should take it as their home and help us sanitize the place”, he said on a Kumasi-based TV stations.

“Someone will come to free himself when he goes in, there will be T.roll there and he will put it in his pocket and leave.

“It’s amazing, when you say this people will be laughing but it’s the reality. We usually put a new T.roll for 50 people when they attend the washroom. We had to stop because when you put it there, between the first 5 to 10 people someone will take it and leave,” he stated.

On September 18, Asante Kotoko will host RC Kadiogo in the second leg of the CAF Champions League. 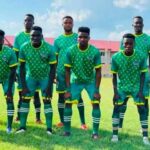 GPL WK 2: Bibiani Gold Stars have been defeated 1-0 by Nsoatreman FC.
Next Article 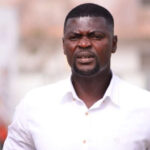