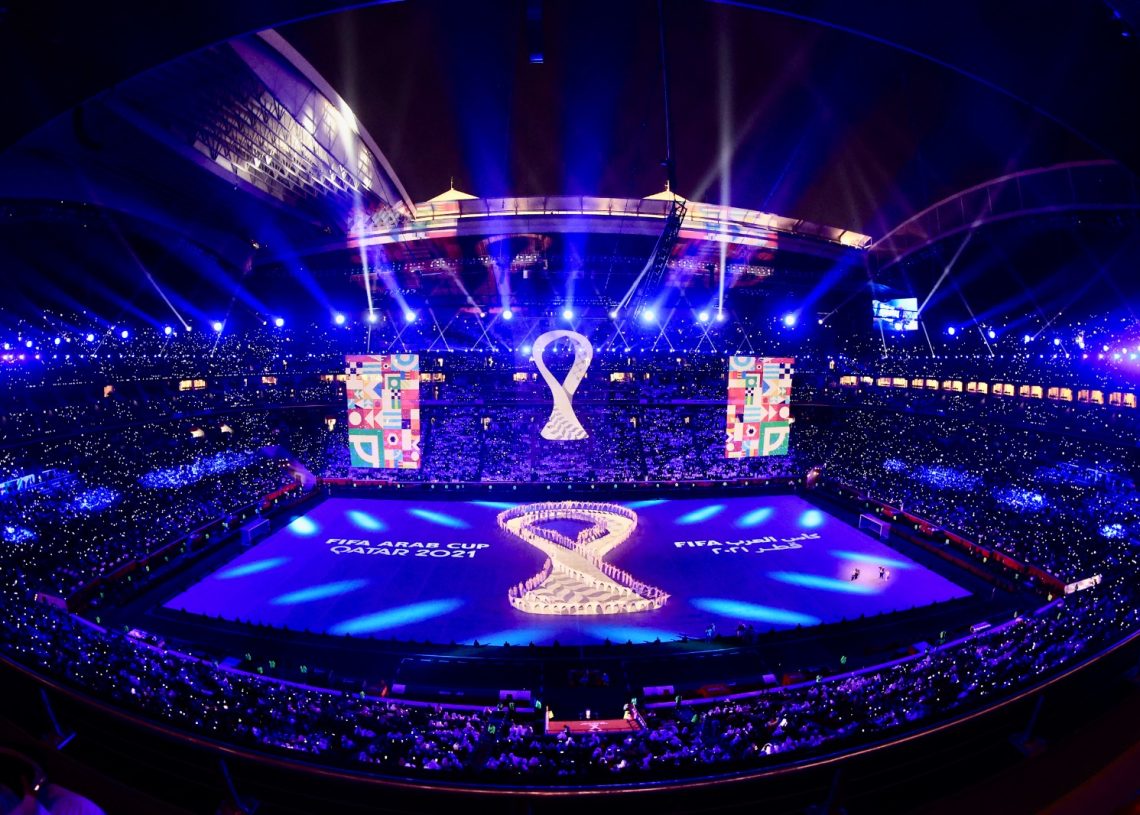 The stunning Al Bayt Stadium – which will host the first match of next year’s FIFA World Cup™ – was unveiled by Qatar on the opening day of the FIFA Arab Cup™. The 60,000-capacity venue – designed to resemble the tents historically used by nomadic people in the Gulf region – hosted Qatar’s 1-0 victory against Bahrain as the 16-team tournament got off to an exciting start.

The inauguration of Al Bayt was attended by the Amir of Qatar, His Highness Sheikh Tamim Bin Hamad Al Thani, who officially announced the start of the tournament. “In the name of God and with God’s blessings, I declare the opening of the FIFA Arab Cup Qatar 2021, wishing all national teams well. All Arabs are welcome to the Doha of all Arabs,” said His Highness.

Straight after Al Bayt’s inauguration, Stadium 974 also hosted its first game. The 40,000-capacity venue, made primarily from shipping containers, staged the United Arab Emirates’ 2-1 victory against Syria. Stadium 974 is the first fully demountable stadium in FIFA World Cup™ history and was named after the number of shipping containers used in its development and Qatar’s international dialling code. Elsewhere on the opening day, Tunisia defeated Mauritania 5-1 at Ahmad Bin Ali Stadium, while Iraq and Oman drew 1-1 at Al Janoub Stadium.

The FIFA Arab Cup™ opening ceremony was held prior to the match at Al Bayt – which means ‘the home’ in English – and included performances by Rahma Riad, Abdulaziz Louis and Cheb Khaled. The crowd also enjoyed a national anthem medley of all 23 countries involved in the tournament and qualifying, along with stunning choreography and a mesmerising pyrotechnics display.

H.E. Hassan Al Thawadi, Secretary General of the Supreme Committee for Delivery & Legacy (SC), said: “The FIFA Arab Cup is off to a flying start with four exciting matches and the inauguration of two stadiums that will be used during next year’s FIFA World Cup. We are incredibly proud of both venues. Al Bayt pays tribute to Qatari and Arab culture, while Stadium 974 is a beacon of innovation and sustainability. We are sure fans from all over the world will enjoy visiting these state-of-the-art venues during both the Arab Cup and next year’s World Cup.”

FIFA President, Gianni Infantino, said: “Al Bayt is the house where everyone is uniting, where everyone is coming together. It is a symbol for what the World Cup represents. The Arab Cup represents today what the World Cup will represent next year of people coming together, of people being united from all over the world. So, to have games in such a beautiful stadium, in such a symbolic stadium, is something that we have to cherish and that will be crucial for the success of the World Cup.”

Yasir Al Jamal, Chairman of the SC’s Operations Office and Vice Chairman, Technical Delivery Office, said: “Seeing both Al Bayt and Stadium 974 host matches on the opening day of the FIFA Arab Cup is exciting for football fans and everybody involved in FIFA World Cup preparations. All eight of our tournament venues for next year’s World Cup have been completed and we look forward to hosting many more matches to fine-tune our planning for next year’s tournament. I would like to thank everybody involved in bringing these stadiums to life – including the various project teams and our trusted stakeholders.”

Nasser Al Khater, CEO, FIFA World Cup Qatar 2022 LLC, said: “The atmosphere at Al Bayt was incredible for the inauguration ceremony and throughout the match. It was wonderful to see so much passion for football during this momentous occasion, which offered a glimpse of the World Cup we will host in 2022. The FIFA Arab Cup is off to a great start and we look forward to more exciting matches between now and the final on 18 December.”

Stadium 974, meanwhile, is located in Ras Abu Aboud, only 4km from Hamad International Airport. The stadium boasts stunning views of the West Bay skyline and will host seven matches up to the round of 16 stage during Qatar 2022. Stadium 974 will host six matches during the FIFA Arab Cup™, including the third-place play-off.

All eight of Qatar’s FIFA World Cup 2022™ stadiums have now been completed. The inaugurations of both Al Bayt and Stadium 974 mean that only Lusail Stadium – the venue for next year’s FIFA World Cup™ final – is left to be unveiled. Main works at Lusail were recently completed as the SC announced the readiness of all stadiums a full year before the World Cup.

Tickets for all remaining FIFA Arab Cup™ matches are still available from fifa.com/tickets. A number of Category 4 tickets priced QAR 25 (for Qatar residents only) remain available for all matches except the semi-finals and final. All ticket holders must apply for a mandatory Hay’ya Card (Fan ID) from fac21.qa. 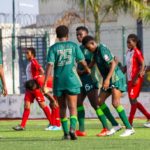 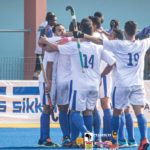