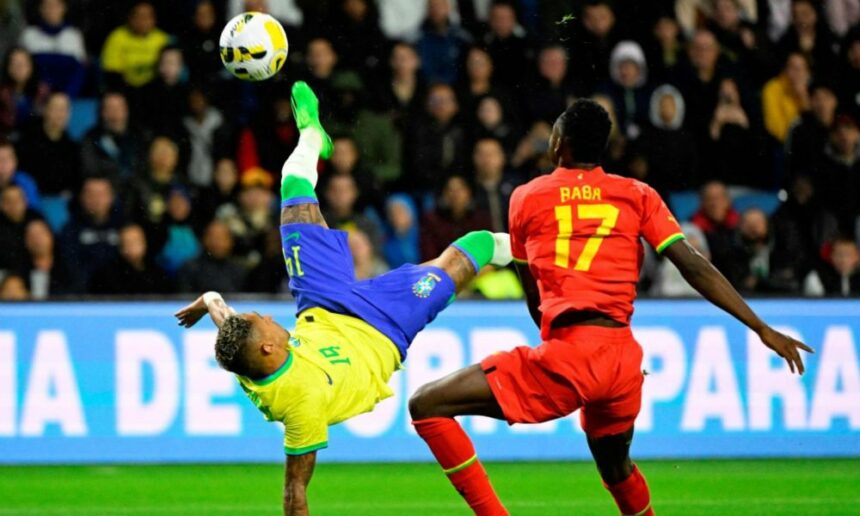 The Stade Oceane in Le Havre, France, played host to two of the greatest football teams that South America and Africa have to offer on Friday night, but it was Brazil who came out well on top in the encounter with Ghana as it ended 3-0 to the Selecao.

Tite’s side got off to a strong start with a goal inside the opening 10 minutes as Marquinhos converted with a towering header from a Raphinha corner-kick.

Brazil were by far the dominant force in the game, with Vincius Junior and Neymar producing plenty of threat from wide areas with their tricks and skills generating several chances.

The first goal from the combative forward was a curled shot from the edge of the box into the bottom corner of the net just before the half-hour mark.

Only 12 minutes later, he added a third, as Neymar put a free-kick into the box with Richarlison getting the final touch to deflect the ball beyond Ghana’s goalkeeper, Joseph Wollacott.

That was Ghana’s only real chance of note as Brazil continued their onslaught, with Cunha having an effort cleared off the line and Neymar also going close to scoring himself.

Shakira’s alleged affair with Rafael Nadal revealed | Marca
Marca
Kim Kardashian sued by buyer of her breast enhancement product | Marca
Marca
The game was ideal preparation ahead of the World Cup for Brazil, who face another African side, Cameroon, in their final group game on December 2.

Ghana will also be hoping that this game may help them to prepare for their campaign in Qatar, which kicks off with a match against Portugal on November 24.

Andre Ayew: Don’t compare us to Brazil
Next Article 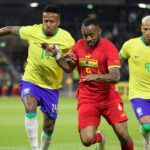 Ghana vs Brazil: How Black Stars players fared in friendly
Leave a comment