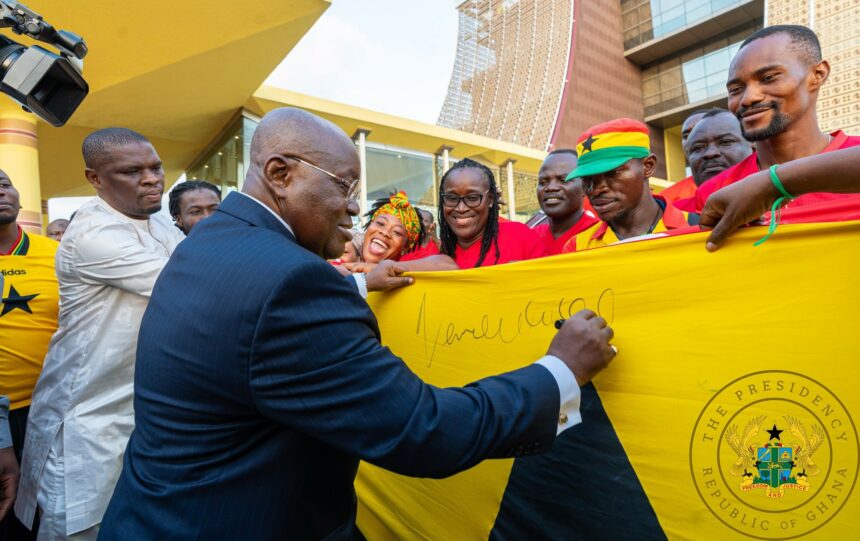 President of the Republic Nana Addo Dankwa Akufo-Addo promised the 26-member Black Stars contingent and the entire technical team of the country’s unwavering support before the 2022 World Cup.

President Akufo-Addo stated that the Black Stars should “know and feel that the entire nation, without the distinction of politics, religion, or ethnicity; the entire Ghanaian people are 100% solidly behind them” as they compete and represent their country at the global championship in far-off Qatar.

Today, November 17, 2022, at the Jubilee House, the President met with a delegation that includes the Ghana Football Association (GFA), each Supporters Union in Ghana, and the Minister of Youth and Sports, Hon. Mustapha Ussif, in order to sign the national flag and urge public support for the squad.

“I know that they are not there to make up the numbers and that they are going to give a very excellent account of themselves,” President Akufo-Addo stated in a message of confidence following today’s Two-Zero triumph against Switzerland in a pre-tournament friendly.

Therefore, he stated, “I want first of all to thank all of you, very much for making the effort to come and see me before the competition starts, so that we can all together wish the black stars the very best of luck,”.

“All of us know what football means to us in this country and what a very rich history we have in football. History that goes right back to the 50s, and 60s and 70s, 80s and 90s, right up till today; and I’m very confident that the players that have been selected, right up to the excellent technical team that we have under the leadership of Otto Addo, that we are going to give a very good account of ourselves.”

The President referred to Pele’s 1970s forecast that an African nation will soon win the African Cup, saying, “I know that, when he said that, he had in mind Ghana.” Pele is widely regarded as the best football player to have ever lived. 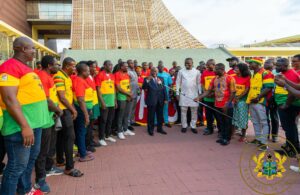 He therefore called on all to “rally round the team, and make sure that we give them our maximum support. They are going to go a long way away to Doha in Qatar, but they should know that the entire nation, without distinction of politics, religion, ethnicity; the entire Ghanaian nation are 100% solidly behind them.”

“I am impressed by the arrangements that the Minister for Youth and Sports, has made and all those who are involved in the administration of the Black Stars. Very well organised and systematic efforts have been made to make sure that we give the Black Stars the best possible conditions, to go forward,” he stated. 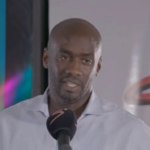 Head coach Otto Addo: We can’t take the performance of the new boys for granted
Next Article 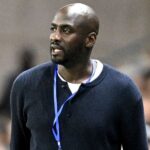 Ghana coach Otto Addo: We are capable of hurting any opposition at the World Cup 2022.
Leave a comment