After 26 weeks of exciting Premier League action from the various teams, the GPL without doubt has delivered its dues to fans.

This season has arguably been the most competitive and many fans can attest to that fact.

With just 23 points separating the first-placed team from the last, fans would be expecting more nail-biting moments and drama from the respective clubs.

The battle between Asante Kotoko, Hearts Of Oak, Medeama, Great Olympics and Karela united has shaped up to be a clash of the great titans. This has thrown the league into a mood of uncertainty as absolutely no one can point a finger at who might actually clinch the title this time. This mood of uncertainty has fed into the growing anxiety and expectations of the fans.

The league took a huge swirl of events after the commencement of the second round. Many fans say the battle at the top is the norm we’re used to seeing season after season, but this time we see freshers like Karela United in the mix as well.

Though the conquest amongst the titans interests many, the hassle and tussle at the bottom also highlights the resiliency and perseverance of some clubs and exposes others for their utter complacency albeit bolstering their squad up.

7 teams look to be in the danger mix with very few-point margins separating them. In descending order right from 11th are Legon Cities, Ebusua Dwarfs, Brekum Chelsea, Elmina Sharks, King Faisal, Eleven Wonders, Liberty Professionals, and Inter Allies warming the seat of the 18th spot. Call them the “Furious 7” if you want but only four will taste premier league football next season. Now the interesting factor here is only 7 points separate the 11th placed team (Legon Cities) from the last-placed team (Inter Allies). That is too close a margin to even run a predictive analysis. This is what makes it an interesting spectacle of battle to look forward to for the next 8 weeks.
Here’s how each of the seven teams are faring in this relegation battle since the second round of the league begun.

Elmina Sharks
Elmina Sharks after the introduction of Odartey Lamptey improved by all standards but then dipped after their two-game winning streak at the expense of Asante Kotoko and Ebusua Dwarfs. They went on and were drubbed by a 4-0 scoreline by the Scientific Soccer Lads and in subsequent games have had an inconsistent form, especially away from home. In totality, they have recorded 4 wins, 4 losses -all away from home, and 1 draw.

Odartey Lamptey’s resignation came as a blow to the club which has seen them dip in form. They currently sit 14th on the league log with 30 points, and fans are aware that can definitely not be enough for the safety zone. They haven’t gone above 10th nor below 13th for some weeks in the league. They keep looming around the danger areas and if they keep at it, they may be punished and eventually relegated.

They need the attacking prowess of their talisman Benjamin Boateng to step up. 14th may seem like a safe position but if they settle and continue with their inconsistency, they’ll probably be gnashing their teeth into the Division 1 league.

Legon Cities
Now when we talk about affluent clubs in the premier league, Legon Cities are on that coded table of men. The availability of funds has seen them make record signings like Black Stars top scorer, Asamoah Gyanas well as former Ashantigold goal poacher, Hans Kwofie. They recently signed lethal forward, Victorien Adebayor from Danish side HB Koge. Since their inception, they have without doubt struggled to find a strong footing in the ongoing campaign. Reports have stated there’s a current impasse between the management and the players.

Critics have stated they were much focused on signing the big names in football than assessing their agility and compatibility with the team and its culture. Everyone literally feels bigger than the club and that has fueled their woeful output for the team.

In match week 20 they were languishing in the relegation zone on the 16th spot. That was motivation enough to get their heads back in the game and steer the team into winning ways. The plan seems to be working as they currently sit on the 11th spot on the league table. Since the beginning of the second round, they have recorded 5 wins, 4 losses, and a draw against Dreams FC.

Ebusua Dwarfs.
Now the Magnus Opus of the coastal dwarfs this season yet, was their uneccentric victory against Great Olympics. Considering how tepid their season has been, no one expected that 4-1 annihilation of the Dade boys. Coach Ernest Thompson is well aware of the storm his team is threading into.

They have lost 4 consecutive games and the odds aren’t looking favorable. Their latest Japanese signing Jindo Morishita has featured just 4 times for the Dwarfs with little contribution to the team’s performance. Dwarfs are currently 12th on the league table and would have to stand tall in their next games to pull themselves out of the death zone. They’ve won two games, recorded 5 losses and 3 draws since the second round began.

Moro Sumaila, their striker has 5 goals to his name and fans would be expecting more from him going forward. Rising sensation, Eli Kofi Junior is also in the ranks of the Dwarfs and would be fancying more playtime from Ernest Thompson to pull them out of the mud.

Eleven Wonders.
Gloomy days have set into the camp of the Techiman Eleven wonders. For six weeks running, they’ve been lurking around the 14th,15th, and 16th position.

Last season’s truncated league was better as they finished 12th on the league table. They have been woeful upfront and porous in their defense as well. Worst of all was when Hearts of Oak poached their playmaker, Salifu Ibrahim.

Since then they’ve joined the underdog battle and it will take effort, teamwork, planning, and hard work to secure Premier League football for the fourth season running. They have recorded 3 wins, 4 draws, and one loss. The draws have been their major setback as a string of one point won’t be enough to secure Premier League football next season. Coach Ignatius Osei would be hoping to crack the winning code for his side to avoid relegation.

Liberty Professionals.
The Scientific Soccer Lads are arguably the most pronounced Shocker of the season. Relegation battles are a peculiar place to find Liberty Professionals in. If they are demoted into the Division 1 league, that will be the first time in the club’s history. With their great historical footprint in the premier league, this a huge disappointment to the loyal Dansoman fans. They have amassed 26 points after 25 matches and that doesn’t look good for the club. They are literally waltzing out of the Premier league which will be the first time since the inception of the club. David Ocloo did the club no good by losing loads of games in the first round.

They revamped their squad with the introduction of Andy Sinason as head coach and just recently, veteran coach, Sellas Tetteh has joined the technical team. They have secured 11 points since the beginning of the second round with 3 losses. They have 11 goals so far and if they are consistent, they can salvage their hopes for premier league football next season.

King Faisal
Signs and specs of the 2010/2011 and the 2013/2014 seasons where the King Faisal babes were relegated may be replicated this season as well. Numerous trials and tribulations have been thrown at this team since the beginning of the season. The only good thing in the King Faisal club is probably their frontline man, Kwame Peprah.

His lethal striking abilities should have seen him signed up by one of the top clubs in the Premier League. It would be a huge let-off to see such an exciting talent relegated into second-tier football. With the King Faisal outfit, many flaws have contributed to their woes this season. There were some discrepancies with Player salaries which incited an unmotivated squad and that has since not improved after 26 weeks of Premier League action.

There was an instance at the beginning of the season where the club was put up for sale. The problems keep piling up and intense pressure has been mounted on coach Kasim Godyildiz. The previous coach, Andy Sinason now Liberty Professionals coach barely contributed any positive factor to the team. He recorded 8 losses,5 Draws and complimented it with just 4 wins. That in its sense has left loads of work for the recently appointed Turkish gaffer to do. They have recorded 4 wins,4 loses and 2 draws since the second round began.

They currently sit on 15th with 29 points. For the King Faisal babes, they’ll be praying that “Inshallah” they escape relegation.

Inter Allies.
Inter Allies for some unknown reason have lost their verve and moxie as a team. Incredibly, they have just accrued 23 points out of 26 matches, highlighting the deep hollow they’ve fallen into. Losing Victorien Adebayor really took a toll on their coordination as a team and incidentally, they have struggled to simply find firm ground in the league.

They’ve lost more crucial games and salvaging points out of the relegation zone may take a miracle. They made three changes in coaches just within the first round and have won just 6 games so far.

That fate is what Felix Aboakye, the interim coach would be hoping to overturn. But at what cost? With just 8 games more to go nothing is quite certain but with the grueling season Inter Allies are experiencing, escaping relegation would be difficult. He has however declared his unwavering hope for the team.

Berekum Chelsea.
With an experienced player like Stephen Amankona in their ranks, the 2011 Premier League Champions would not fancy being victims of relegation. After being thrashed away by relegation bound Inter Allies in a shocking 5-0 thriller, they have run low on confidence. That subsequently, led to a draw against Karela at home despite their formidable home record. Seth Hoffman would be analyzing the situation and fans would wonder how he can pull his team back to winning ways. They have accrued 12 points, lost 4 games, and recorded a draw since the beginning of the second round. They’re currently 13th with 31 points tied with Ebusua Dwarfs(11th) but separated by a thread of goal difference.

The uncertainty at the top of the table is equally as intense as the bottom side. With seven points separating these 7 teams, predicting who would be demoted to the Division 1 league is very blurry. Hopefully, after the next 8 weeks, we will know the respective fates of these teams. It will be a battle where coaches will be tested in the most gruesome ways and fans would be expecting the best from players to secure a slot in the Premier League. 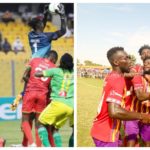 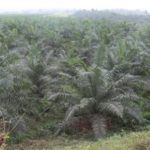