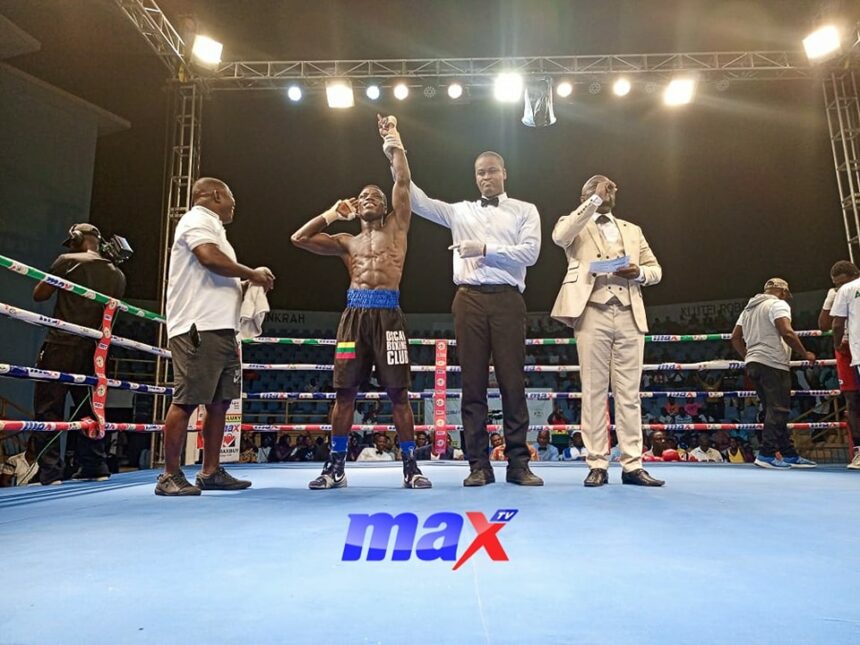 Robert Addo was defeated by George Faho Mensah via TKO in round 2.

In round 1, Daniel Quaye defeated Michael Tetteh with a strong performance.

In their Super Middle Weight match, Charles Lesko Sosiya also prevailed by a round five TKO when Frank Mensah deemed it to be too much. 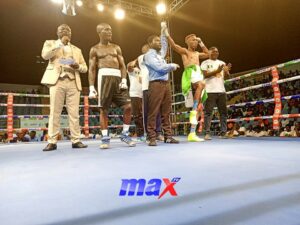 In the fourth round, Yusuf Adusa Adeniji of Nigeria dominated and defeated Alfred Quaye of Ghana.

Epixode, a Ghanaian reggae-dancehall musician, gave a great performance and thanked the international dignitaries for attending and supporting the IMAX Media event, which is fostering the growth of boxing in Ghana. 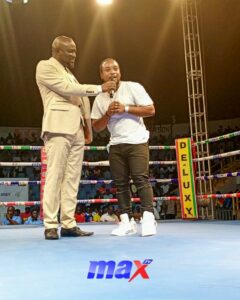 Musah Lawson, a product of Sonia Gym and the current super welterweight champion, will challenge Emmanuel Martey for the national middle weight championship over 12 rounds. Martey was the former WBO champion of Attoh Quarshie. 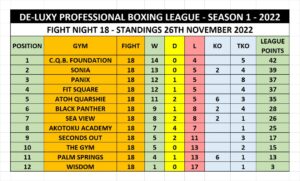 Imax Media Promotions is in charge of organizing the first-ever professional league of its kind, which is supported by Imax Electronics, Max Buy, Techno, TCL, and Renault. 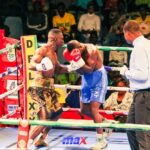