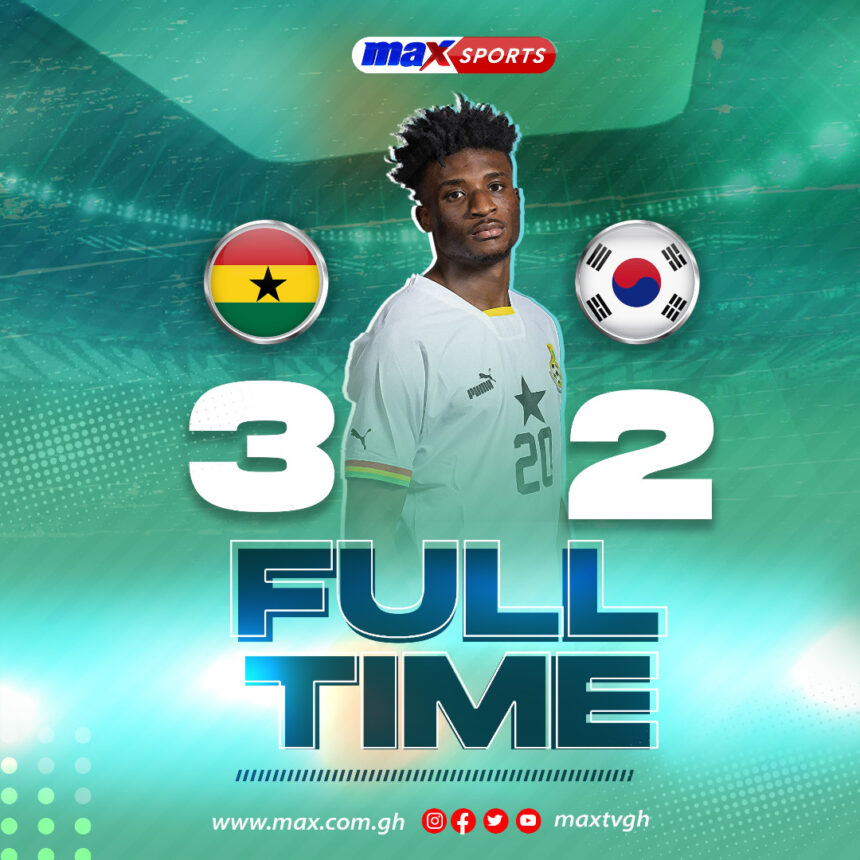 At the Education City Stadium, the Ghanaian team known as the Black Stars defeated South Korea 3-2 to win their opening match of the 2022 FIFA World Cup.

The Black Stars had to maintain their composure as the Koreans probed and pressed Ghana for an equalizer in the game’s closing moments.

One of the top players from Ghana on the field, Mohammed Kudus, scored twice to give Ghana the victory.

Mohammed Salisu scored the first goal for the Black Stars in the 24th minute off a cross from Jordan following a corner kick.

Ten minutes later, Jordan was hauled down on the right flanks and was awarded another free kick.

Kudus scored to make it 2-0 for the Black Stars after the Crystal Palace forward subsequently executed the free kick with a cross.

At the Education City Stadium, Ghana led South Korea 2-0 going into the break.

Cho Gue-sung scored twice for the Asians in the second half to help Korea regain control of the match.

Cho was in the Ghanaian box as Korea swung in a cross, and Cho scored one of the goals on Mohammed Salisu’s blind side after Tariq Lamptey’s mistake.

Korea whipped in another cross after spotting Ghana’s weakness in the air, and this time Gideon Mensah was caught ball-watching as Cho scored his second of the match.

When it appeared that everything was lost, Gideon Mensah made amends for his mistakes by passing a short pass to Mohammed Kudus, who scored the game’s winning goal.

With this goal, Ghana became the first nation to score three goals in a single FIFA World Cup game.

Korea kept swinging more crosses over the extra 10 minutes, but their efforts to draw even failed until referee Anthony Taylor blew the final whistle to conclude the game.

World Cup 2022: I’m always ready to give my best for the Black Stars – Tariq Lamptey
Next Article 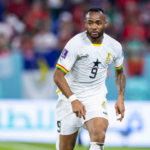