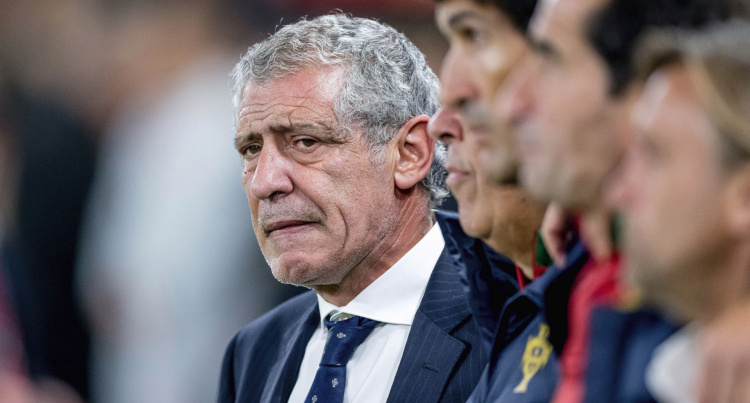 According to Portugal’s head coach Fernando Santos, there was an incident, thus American referee Ismail Elfath did not require the assistance of the Video Assistant Referee (VAR).

Portugal defeated Ghana 3-2 on Thursday in their opening match of Group H. Ronaldo scored the opening goal with a contentious dive.

The Black Stars felt duped because the American referee accepted the dive that Cristiano Ronaldo offered him without consulting the VAR.

After the referee awarded Portugal, a hotly contested penalty for what appeared to be a dive by the former Manchester United star as a result of a close encounter with Mohammed Salisu, Cristiano Ronaldo scored the game’s opening goal from the penalty spot.

The American referee refused all requests to watch the incident again on the video assistant referee despite pleas from the Ghanaian players, pointing immediately to the spot.

“I think if the VAR team had felt the referee should consult the VAR, they would have prompted him. I also think Joao Felix was fouled at a point and I expected the referee to check the VAR but he didn’t. So I don’t think there was a call the VAR would have been necessary for the referee.”

Mohammed Kudus’ effort for the Black Stars in the second half missed the post following a solid buildup from midfield.

Baba Abdul Rahman’s cross was not intercepted by Portugal’s defense, and Ghana’s captain Andre Ayew equalized with a close-range goal.

A little while later, Portugal answered with two goals in as many minutes to put the game to an end. Joao Felix scored with a beautiful clipped finish, and Rafael Leao, who had just replaced him, calmly stroked in the game-winning goal moments later.

In order to make up for the Stars’ absence, Osman Bukhari scored a late goal. In the ninth minute of stoppage time, there almost seemed to be actual drama when Inaki Williams intercepted a pass from Diogo Costa. The Athletic Bilbao forward, though, slipped just as it mattered, and a feeble attempt was blocked.

Ghana will now concentrate on their forthcoming match on Monday against Korea.

World Cup 2022: Ronaldo is a total genius for winning the penalty against Ghana – FIFA official
Leave a comment