The Porcupine Warriors were led to victory by Ugandan striker Steven Mukwala, who contributed to all three goals at the Baba Yara Stadium.

Mukwala had been criticized for his lack of efficiency in front of goal, but it appears that the court order forced him to focus on his poise during the league break.

In the 10th minute, he scored the game’s first goal with a close-range finish following a fantastic Kotoko move.

17 minutes later, Mukwala was fouled in the area, and Captain Samuel Boadu converted to make it 2-0 to Kotoko.

With the victory, Kotoko has risen to fifth place in the standings, while King Faisal has dropped to last place after four straight losses. 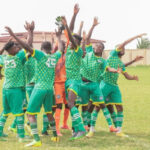 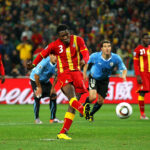 Asamoah Gyan: I’m going to live with my penalty miss against Uruguay for the rest of my life
Leave a comment