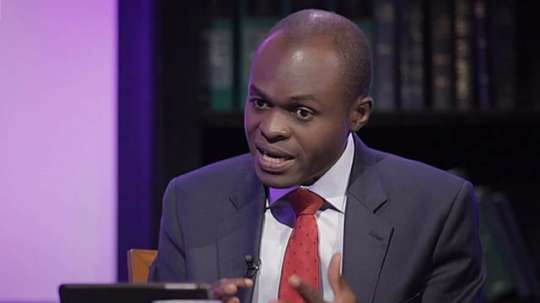 Martin Kpebu, a private attorney, has reaffirmed his plea for President Nana Addo Dankwa Akufo-Addo to resign due to the deteriorating economic situation.

Martin Kpebu commented on a discussion on Joy News in Accra on the president’s speech on the economy on October 30. He said that the constitution specifically allowed for a president to resign.

Martin Kpebu recalled how President Akufo-Addo made fun of the Mahama-led government’s rate of cedi depreciation while he was still in opposition and said he would have resigned if he had been in that situation.

With the cedi trading at roughly GH15 to the US dollar six years into his own presidency, Kpebu claimed that the president ought to have kept his promise and resigned years ago.

“Let’s repeat with all the strength we can muster, the president in opposition said that this is a Guggisberg economy and that in 18 months, he was going to change this.

“Please, that hasn’t happened, and we are begging the president, in the name of God, there’s a place for honour. That’s why the (national) pledge that we use to say in school says that ‘I promise on my honour to be faithful and loyal’…honour, honour… I promise, on my honour, we are not just saying the letter of the word, but there’s a place even in our pledge for honour.

“You said $1 is equal to GH₵3…if you were the one, you would resign. Under your watch, it has moved from $1 [to] about GH₵4 or even GH₵4.50. Now the most charitable is GH₵13, so he should have resigned years ago. So Mr. President, it’s your own words. Like a certain lawyer said, this is poetic justice,” Kpebu said.

Martin Kpebu expanded on his call for resignation, declaring that due to their combined management of the economy, Akufo-Addo and Vice President Dr. Mahamudu Bawumia must both step down.

According to him, this will legally allow Alban Bagbin, the Speaker of Parliament, to serve as president for at least three months so that he can call fresh elections. 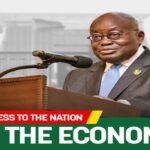 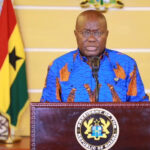