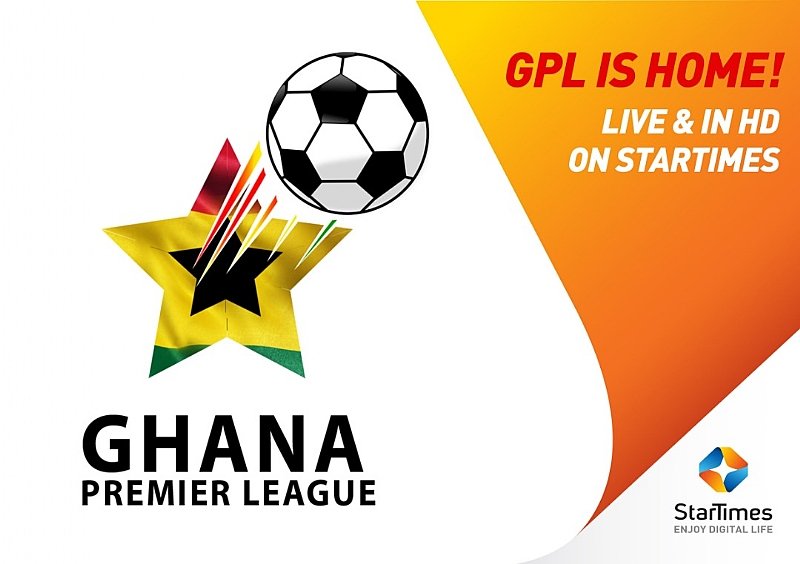 We start our wrap up tour with King Faisal and Dreams FC who drew 1-1   in Techiman – the Bono region.

The woes of Alhaji Grunsah’s boys continued as they dropped points at home again…this time against another struggling side Dreams FC.Week 7

It was not the start to the new year that Faisal planned as their first GPL game of 2021.

A first half strike by Kwadwo Frimpong was cancelled by Victor Oduro as the two sides shared the spoils at the Ohene Ameyaw Park.

It was a game of two halves as Faisal enjoyed the chunk of possession without reward until the 34th minute when Kwadwo Frimpong latched onto a pass in the box to convert the opener.

Dreams as expected grew into the game in the second period.

King Faisal’s effort finally paid off in the 34th minute as Kwadwo Frimpong latched on a pass in the penalty box to give them the lead.

Faisal held on to the slim lead to end the half.

Dreams came back from the break looking more purposeful in attack.

But it wasn’t until the 74th minute before Victor Oduro levelled for Dreams after his shot deflected off Wadudu Yakubu.

There was late drama when King Faisal were reduced to ten men as Kaisan Yuisu was sent off for an elbow offence.

The numerical disadvantage did not prevent the home team from creating a few more decent chances but they just could not get the winner as 90 minutes plus injury time did not alter the scoreline. Full Time then, King Faisal 1 Dreams FC 1.

Few could have predicted  that Accra Hearts of Oak would humiliate league leaders Bechem United in their matchday 7 encounter of the Ghana Premier League.

The Accra Sports Stadium might well be renamed the new theatre of dreams by the vociferous Phobian army.

The unusual scoreline is made the more spectacular when one considers that Bechem, until the game were unbeaten in six straight matches – easily one of the inform teams in the GPL this season so far.

Bechem were unhappy with some calls by the referee and although Hearts could have been ahead in the 32nd minute through Daniel Afriyie it was still a balanced affair.

Disaster hit Bechem when they were reduced to ten men after just 38 minutes in bizzare circumstances.

Emmanuel Asante was sent off for dissent in rather harsh circumstances as the first half pittered out nil-nil.

After the break, and with a man up, the Phobians went all out on the offensive to make their numerical advantage count.

Abdul Manaf Umar put them ahead in the 52nd minute. Former Samatex forward Victor Aidoo came from the bench to make it 2-0 in the 60th minute.

Aidoo got his second and Hearts’ 3rd in the 73rd minute.

With the game all but sewn up, the Phobians pushed up for even more goals. And under Kosta Papic, Hearts have shown great attacking prowess even when they draw or lose.

As they pushed for more goals, the hosts were awarded a penalty in the 84th minute after Afriyie was brought down.

Frederick Ansah Botchway stepped up and made no mistake from the spot to make it 4-nil.

Prince Kwabena Adu reduced the deficit in the 86th minute but Nigerien Lawali Mamane made it 5-1 for Hearts just two minutes later.

Substitute Benjamin Afutu scored the final goal of the game right at the end of the encounter.  6-1 was the full time score.

The win pushed Hearts second on the table with 11 points just 3 behind Bechem United who remain top. But the Phobians are rising and looking ominously dangerous.

Next on the GPL Week 7 Highlights Show we’re in Dormaa Ahenkro where: Yahaya Mohammed powered Aduana Stars to victory over Olympics

Aduana Stars came from behind to beat Great Olympics 2-1 in their Week 7 game of the Ghana Premier League at the Nana Agyeman Badu II Park in Dormaa Ahenkro.

Olympics who have been in great form, continued with their direct attacking play in a first half of few chances.

Coach Anor Walker’s side opened the scoring in the 54th minute through Maxwell Ashie-Quaye who beat the offside trap and finished calmly and beautifully.

Rather than being deflated, Aduana charged into the game after Olympics scored the opening goal and deservedly got the equaliser with a neat finish from Ivorian midfielder Flavien Kouassi. That was in the 57th minute.

As the game looked to be heading to a draw, Emmanuel Osei Baffour came on for Aduana and won a penalty.

This was the cue for Aduana talisman, Yahaya Mohammed to step up and confidently slot home what turned out to be the winner.

The win takes Aduana Stars to 8th on the table as Olympics dropped to 6th with 11 points.

This edition of the GPL Highlights Show is certainly characterised by goals, goals and more goals…as we’re about to witness in the Week 7 clash between WAFA and Medeama as they shared  9 goals

It was always going to be a close call as WAFA and Medeama played out an entertaining week 7 game in the GPL.

WAFA are usually solid at home and it took them just 6 minutes to get on the scoresheet.

Daniel Lomotey met a cross from left-back John Tedeku and backheeled the ball into the net to make it 1-0.

The Sogakope boys continued to dominate proceedings and got their second in the 31st minute through Godwin Agbevor.

At this stage, Medeama were stunned. But it was going to get worse in the 37th minute when Lomotey scored his second to make it 3-0.

Surely the match was over? Just when the first half was about ending Lomotey scored his third of the day to make it 4-0.

After the recess, and with only pride to fight for, Medeama showed more purpose and were awarded a penalty which Abass Mohammed stepped up and cooly converted to make it 4-1.

Medeama got another goal in the 67th minute as Rashid Nortey curled in a beautiful free-kick.

Unbelievably, another goal was scored by Nortey to make it 4-3 in the 72nd minute.

WAFA were in danger of surrendering their lead and decided to attack rather than defend their solitary goal lead.

That tactical decision paid off when Lomotey scored his forth goal to make it 5-3.

Late drama was still to come though as Justice Blay scored in the 87th minute to make it 5-4.

A classic 9 goal thriller that WAFA just about held on to…claiming all  the 3 points at stake.

It was a tough start as Karela United had to come from behind to beat Elmina Sharks 3-1 at the Crosby Awuah Memorial Park in a Ghana Premier League game.

Elmina Sharks had the audacity to take the lead through experienced midfielder James Bissue, after driving in a ferocious strike from a free-kick in the 15th minute.

Karela needed inspiration after going behind and that’s exactly what they  found in the 24th minute through Richard Berko.

Both teams played with caution from there as the first half ended 1-1.

Karela coach Evans Adotey made a couple of changes in the second half as the home side chased victory, bringing on Kwame Boateng for Samuel Ofori and Darlington Fosu for Obed Kofi.

With six minutes left Kwame Boateng put Karela in-front for the first time in the game with a brilliant strike.

Karela United were then awarded a penalty late on which was expertly converted by leading marksman Diawisie Taylor.

Liberty Professionals made life harder for Legon Cities as they beat them 1-0 at the Dansoman Karl Reindorf Park in a Ghana Premier League game.

Legon Cities started brightly as they looked to record a win for the first time in the campaign.

The narrative changed totally in the 37th minute when they were reduced to 10 men after Yusif Fadili received a second yellow card for rough play.

Even with 10 men, Cities defended well and played  out the first half 0-0.

Bashiru Hayford’s men came out with the same determination to ensure they do not concede but gave away a late late penalty.

Abraham Wayo stepped up in the 81st minute and made no mistake by slotting the ball past Fatau Dauda to make it 1-0.

Legon Cities are yet to win a game in this year’s Ghana Premier League and the defeat leaves them bottom of the GPL table with only 3 points.

The controversy and incidents that ensured is certainly going to be looked into by the GFA Disciplinary Committee.

As we come to our penultimate game in the GPL Week 7 Highlights Show, McCarthy scores a beauty to help Ashgold beat Berekum Chelsea

AshantiGold had to rely on their steely resolve  to record a 2-1 victory over Berekum Chelsea in the Ghana Premier League.

Ashgold have not made Obuasi a fortress yet with mixed results at the Len Clay Stadium so far this season and they started on the wrong foot once again.

Augustine Henneh put Chelsea ahead as early as the 8th minute but Ashgold midfielder Appiah McCarthy scored a beautiful free kick in the 22nd minute to make it 1-1.

Veteran striker Hans Kwofie made sure the miners went to the break with the lead as he scored in the 39th minute.

There were few chances in the second half and the game ended in favour of Ashgold but not a typical vintage show by the miners.

Ashgold have risen to 4th on the league table with 12 points.

Our final destination on the GPL Week 7 Highlights Show brings us back to Accra : where Inter Allies beat Eleven Wonders by a solitary goal

Allies, who announced and unveiled their new coach Danijel Mujkanovic, had to dig in and fight hard to record the 1-0 victory over  Wonders in the capital.

Wonders almost upset their hosts with an early chance from a free-kick just outside the box in the 10th minute when a  well-taken kick by Salifu Ibrahim was headed away by Inter Allies defender Issah Ali.

Allies also missed an early chance to score when Paul Abanga sent in a long one to Michael Kporvi but the striker failed to connect.

Both teams continued to probe for the opener but the breakthrough did not come as the first half ended nil-nil.

Just 10 minutes inside the 2ns half, Inter Allies finally broke the deadlock  thanks to Alex Aso who directed in a free kick by Fard Ibrahim.

That turned out to be the only goal of the game as the matches tithered to end  1-0. 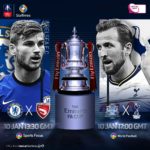