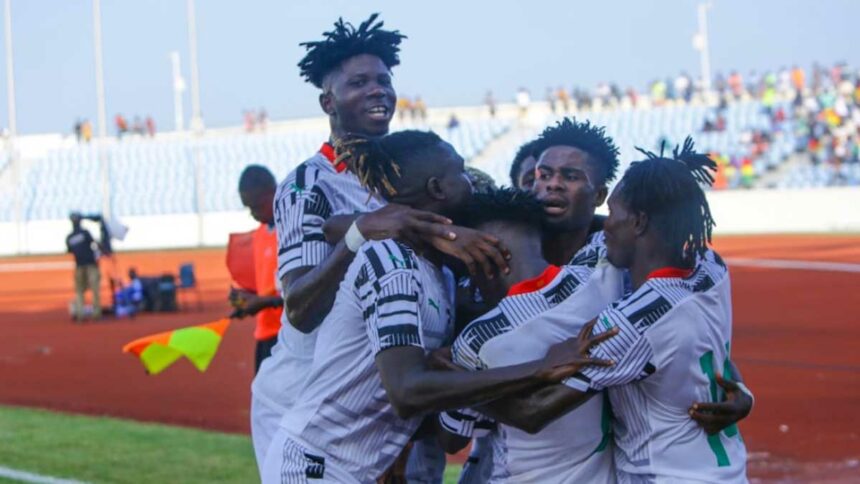 On Sunday, August 28, 2022, Ghana’s Black Galaxies defeated their Nigerian opponents in the opening match of the 2023 CHAN qualifiers.

By defeating the CHAN Super Eagles 2-0 at the Cape Coast stadium, the home-based Ghana national team gave themselves an advantage in the match.

Daniel Afriyie Barnieh and Seidu Suraj of Hearts of Oak scored goals in the second half to give Ghana a convincing victory.

Both teams had little opportunities to score in the tightly contested first half of the game, which came to a conclusion with the halftime whistle.

The first shot on goal was made by Ghana in the fourth minute, but Jonah Attuquaye was unable to connect with Augustine Randolph’s cross following a stunning rushing move down the right flank.

After Adamu Abubakar’s header from a corner kick sailed wide in the 22nd minute, Nigeria had their fair share of efforts.

Substitute With his very first touch, David Abagna Sandan almost gave the Black Galaxies the lead, but his header narrowly missed the crossbar.

Afriyie Barnieh’s successful penalty kick gave Ghana the lead just one minute after the half, breaking the game’s tie.

The penalty was given as a result of a Super Eagles defender handling the ball inside the box.

In the 56th minute, Abagna nearly scored the second goal, but his curling effort from the edge of the box missed the goal posts by a few meters.

Seidu Suraj of Hearts put the cherry on top by doubling Annor Walker’s team’s lead four minutes before the end of the game.

The Moshood Abiola National Stadium in Abuja will host the second leg of this match the following Saturday. 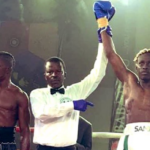 Nigerian boxer defeated by Samuel Takyi in Round 1
Next Article 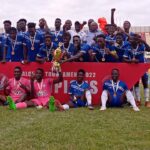