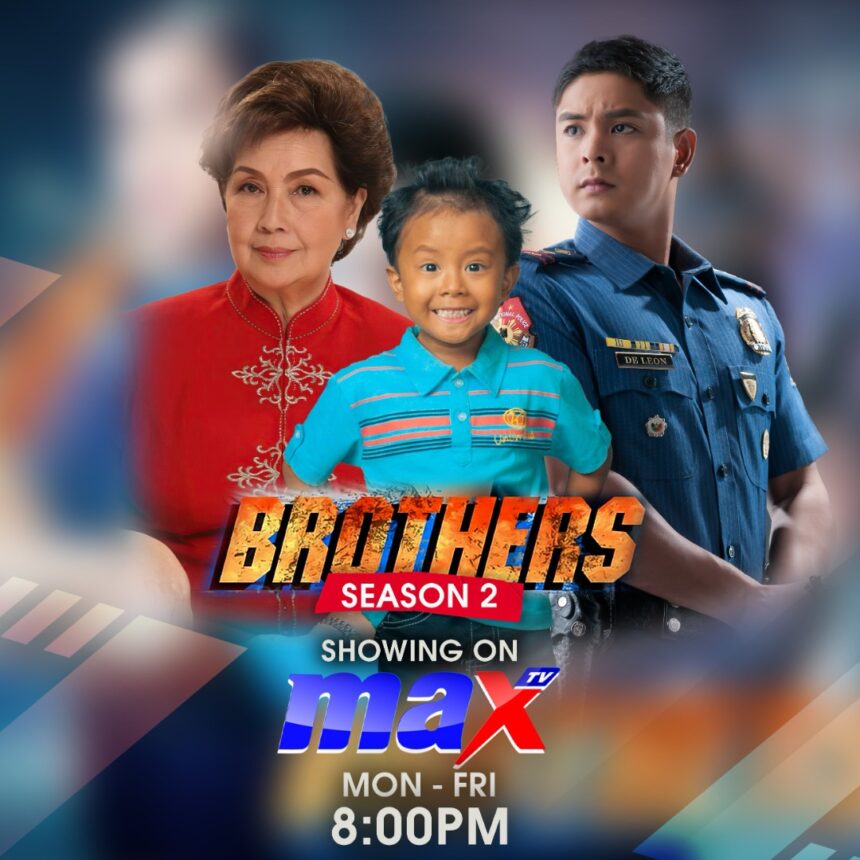 Episode starts with Alyanna arriving at the scene of the crime, Jerome informs her about what happened to cardo as they rush him to the hospital. Billy informs them Joaquin escaped and Jerome comforts Alyanna that cardo will be okay.

Joaquin arrives at a port maybe to find an escape route. At the PNP, Billy gives Delfin pictures of Joaquin taking at a port and they conclude he might use that route to escape from the country.

Grandma flora and the rest surround cardo as he regains consciousness. Delfin tells him Joaquin shot him and escaped but they just got an intel of a cctv spotting Joaquin boarding a ship and they sad hearing the news.

Joaquin calls Don Emelio to inform him he’s in Malaysia and ask for updates on cardo, Don Emelio said there’s no updates which means he’s still alive and kicking and Joaquin said it was his mom who betrayed him and he was almost caught, He also tells him Verna was shot by him accidentally and it’s all cardo’s fault. Don Emelio ask if Verna is still alive but a tearful Joaquin said he doesn’t know and

Miyong gives Ramil and his group the news about Joaquin accidentally sh00ting his own mom but he escaped and they believed the police are closing on him and Ramil said they need to act fast to bring down Don Emelio but unfortunately traitor Jimboy was also present.

In his hotel room, Joaquin watch the news about the death of his mother so does Don Emelio and his group. The warden ladronio tells Don Emelio that he has already bribed the officers in charge of Careon’s death so they cover it up as he keeps talking an angry¥ and sad Don Emelio shuts him up and ask them to leave his room.

In the hospital, Cardo’s friends visit him, Billy tells him to not worry because they will do everything possible to catch Joaquin and Jerome also tells him and Grandma flora about Verna’s death and it was Joaquin who shot his own mother, Cardo just can’t believe he k!lled his own mother and Chikoy tells him to get better so they can bring down Joaquin Tuazon for good.

Joaquin tells Don Emelio his vengeance on cardo isn’t over yet and Don Emelio tells him he’s own the losing end and he should make his wounds heal first that once he’s better he can come home and they will avenge his mother together.

Delfin informs cardo and the family that they have corporate with the police in Malaysia to help capture Joaquin and all the entry points to the country are on high alert In case he comes back. Cardo tells him he will find Joaquin and bring him back himself so he can pay for his crimes and he can’t rest until he k!lls Joaquin so Alyanna and Grandma flora try to talk him out of it.

Cardo later apologizes to Alyanna for letting his anger get the best of him and she said she hopes he release there are more important things than his job and duty as she leaves.

Paquito and Paco visit Atong at the social welfare department and he said he want to be with them rather.

Grandma flora tells cardo if she’s to choose between his safety and justice for Ador she will choose his safety but Cardo said he will always choose to risk his life for his brother Ador and Grandma flora ask him to think about himself first and he shouldn’t forget Alyanna and this time he should prioritize her and Delfin tells him it’s time he choose his happiness for once so he agrees.

Cardo goes on a picnic with Alyanna and proposes marriage to her and she said yes she’s willing to become Mrs Dalisay.

Joaquin swears he and Cardo will face each other again and this time he will reunite him with his twin brother.

At the PNP,in a meeting Delfin tells them even though Joaquin is out of the Philippines his syndicates are still running and for that reason they need to intensify their efforts to eradicate those syndicates and cardo said he won’t be part of that mission shocking them all.

Alyanna shows her ring to her mom and she’s so happy for her.

Billy ask cardo if he’s planning to get married and he said yes as they all turn happy; he tells them Alyanna already said yes to him.

Alyanna tells her parents cardo is leaving the police force just for her and he’s making a big sacrifice and teddy said he only choose what matters to him the most and that’s Alyanna.

Cardo’s friends tell him even if he’s married they will still be friends. 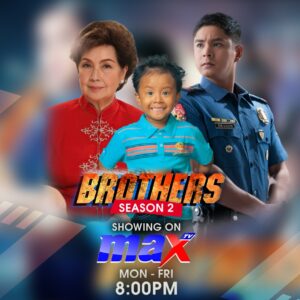 Teddy said Alyanna and Cardo will be starting all over and they will have to venture into a life they both have no idea of and should make it happen. The entire family is happy.

Don Emelio ask Ramil to sue him if he has evidence but nothing can be done since he’s already in jail so if he wants to go to Careon he can make that happen. Ramil said he won’t be smiling for long because his grandson will join him soon. Don Emelio said before that happens they will all join Careon.

Delfin and the others discuss Careon’s death, Chikoy ask if Delfin will tell cardo about it. Cardo informs Grandma flora about officially leaving the police force and he only took their advice that it’s time he thinks about himself because he only wants a peaceful life and he already proposed to Alyanna and Grandma is happy for him.

Delfin and the family visit the Arevelos to officially ask for Alyanna’s hand in marriage and they agree without hesitation.

Joaquin watches a video of Alyanna been congratulated by her friends, on phone he then tells Don Emelio he won’t postpone his plans for Cardo because this is the perfect time so Don Emelio approves it saying he should just tell him what he needs and Joaquin said he wants people he can trust that will obey all of his orders and Don Emelio agrees saying they should make cardo’s wedding the most unforgettable day in his life and Joaquin said they will.

At the PNP, Billy and the others inform delfin about getting a report of someone sighting Joaquin in Malaysia and the Malaysian police is on high alert since he’s now termed Danger0us and Delfin said it’s good since it will be difficult for him to return then. They hope the only time he comes back is when he’s arrested.

Joaquin is preparing to go back to Manila.

It’s wedding day and Wow the bride just arrived. Unfortunately, a disguised Joaquin is also around the same vicinity monitoring the proceedings.

It’s a beautiful wedding ceremony as everyone arrives and the participation of the kids looks beautiful and well organized. Here comes the beautiful bride. 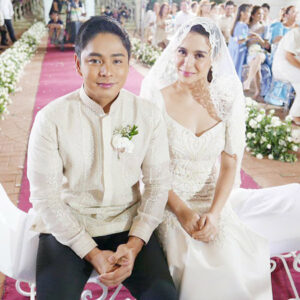 Don Emelio calls Joaquin for an update and Joaquin tells him to relax because he wants them to finish the ceremony before he gives his very own gift to Cardo and Don Emelio said if he was him he will k!ll cardo in the middle of the ceremony because it will be big news and Joaquin said he will let him have the moment thinking everything is perfect and it will hurt more the moment he takes them all away from him his family, his wife and his l!fe and they laugh.

At the penitentiary, the men ask Don Emelio if he isn’t worried he will be a suspect in Careon’s death since the news is out now and he said the warden already covered it up so if they want to investigate further the focus won’t be on him so they should focus on their business.

Cardo and Alyanna exchange rings and vows and it’s a beautiful scene as everyone is happy as they are officially announced as Mr and Mrs Dalisay. Joaquin is also present among the guests as he laughs.

At Bellibe, Don Emelio ask his men to switch on the tv so he gets news on cardo and Alyanna’s trag!c wedding and they ask him if he’s sure Joaquin will succeed in K!lling Cardo and he said of course and it’s too bad he won’t be there to share the special occasion with cardo and his family.

Mr and Mrs Dalisay arrive at the wedding reception to the applause of all as a smiling Joaquin is also present. 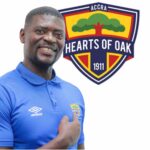 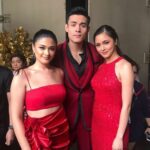