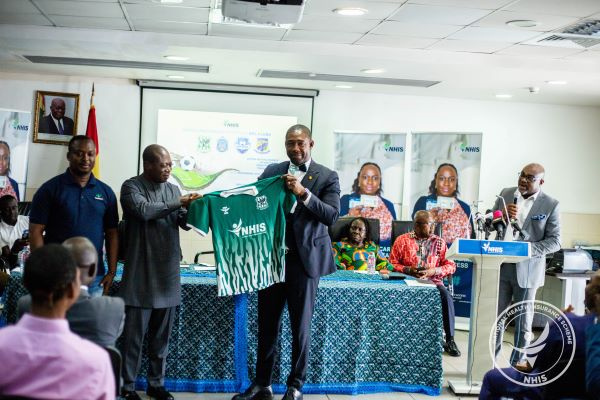 As part of their agreement, the NHIS will help the four clubs sign up their players, officials, management, and fans for the insurance program. This fantastic sports marketing campaign attempts to educate soccer fans about the NHIS brand and encourage them to enroll in the program.

At a quick but joyful ceremony on August 31 at the NHIS headquarters, CEO Dr. Okoe Boye declared that this alliance is an important aspect of a complicated plan to sign up many more Ghanaians for the program.

He stated that the lack of health insurance for over half of Ghanaians is “a national security issue.”

Dr. Okoe Boye stated that by the time the collaboration agreement is complete, the NHIS plans to register around 20,000 people associated with each of the four teams.

“This is a unique form of partnership. As you know we are not an organization that is commercial like GNPC which sells oil. We get money from the government with the aim of registering every Ghanaian on the scheme and whichever way we have to spend money on getting Ghanaians to register we are ready to do that.”

The four teams’ uniforms will have the NHIS logo as per the agreement.

“We are looking at this as a pilot project, we could not start with all the teams in the league at a go which is why we chose these new entrants because they are containable. The deal with the clubs is for five years.

“We are going to learn a lot in the first year so that once we can show the gains in the first year we can convince the board and government to roll it out nationwide,” Dr Okoe Boye said when asked why the scheme selected the four clubs for this partnership.

Representatives from all four clubs thanked the NHIS for taking this measure and noted that it will relieve them of a considerable amount of responsibility for caring for wounded players and officials during the ceremony. 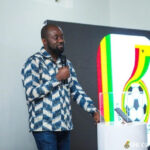 Kurt Okraku: Qualifying for the world cup is the biggest achievement for any FA
Next Article 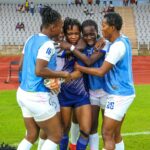