Inaki Williams has stated that he is prepared for the Qatar 2022 FIFA World Cup.

The Athletic Bilbao forward reached the final 26-man squad for Ghana, and his younger brother made the Spanish team for the event, which starts on November 20.

An ecstatic Williams posted about the occasion on social media as the brothers were about to become the second set of Ghanaian siblings to represent various nations at the World Cup.

“For the old. Qatar, here we come,” wrote Inaki Williams.

The Williams twins have performed admirably for Athletic Bilbao in the Spanish La Liga this season, with the Ghanaian attacker scoring five goals so far.

Inaki agreed to play for the Black Stars this season after being persuaded by the Ghana Football Association, and he has since made two national team appearances.

He played for the Black Stars for the first time against Brazil before facing Nicaragua.

Ghana was placed in Group H with Uruguay, South Korea, and Portugal. 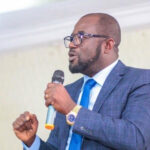 Kurt Okraku: All the negativity around the Black Stars must stop, let’s be positive
Next Article 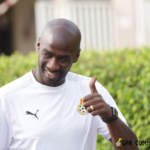 Otto Addo: Black Stars can perform even without me at 2022 World Cup
Leave a comment