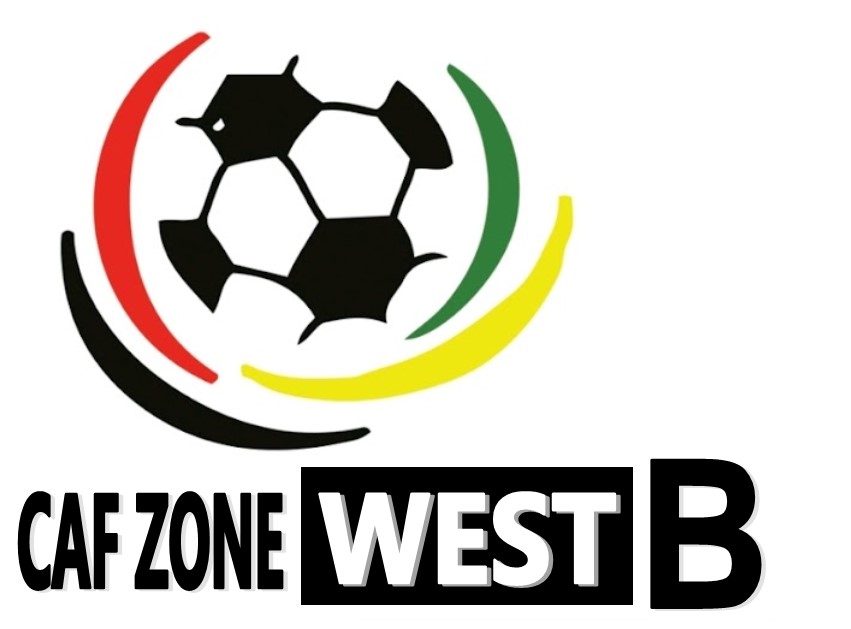 Nigeria beat Burkina Faso 2-1 in a highly entertaining final to win WAFU ZONE B U-17 Championship on Friday, June 25 in Cape Coast, Ghana. Nduka Ugbade’s Eaglets took the lead through Abdullahi Idris after he arrived in the box to meet Emmanuel Michael’s pin point cross. But on the stroke of half time parity was restored by Abdramane Ouedraogo, scoring with a header from close range. Two minutes from the break Nigeria regained their lead after Burkina Faso’s goalkeeper, Isidore Traore spilled Emmanuel Michael’s freekick and Abdualai Idris pounced on the loose ball for his brace.

Ghana however left it late to beat Cote D’Ivoire to finish third and win bronze. Ghana came back from a goal down to win 3-2 in dramatic style. Abdul Razak Salifu’s stoppage time header clinched the game for Ghana.

There were many standout players in the competition. Many talents on show to put smiles on the faces of fans and give us a taste of what the future has in store. Here is my best XI of WAFU ZONE B U-17 Championship 2022, Cape Coast.

Richard Odoh (Nigeria, GK) – He was man of the match in the final and throughout the tournament commanded his area and backline. Odoh’s ability to step up and claim aerial balls was impressive. He occasionally acted as sweeper to stop counter attacks.

Yahaya Lawali (Nigeria, RB) – Almost nothing went past him in the entire tournament. Showed great energy down the right and provided support to Nigeria’s attack with his deep runs. Lawali set up Light Eke for Nigeria’s fourth goal against Ghana and his brilliant ball into the box found Abdulai Idris for Nigeria’s third in the semi final against Cote D’Ivoire.

Cheick Compaore (Burkina Faso, CB) – The dominant centre back showed true leadership throughout the tournament by organising the back line and constantly winning his individual battles. He was comfortable to move wide to cover for his right back, Bamba when he stepped forward to support the attack.

Miracle Ogwor (Nigeria, CB) – Ogwor was a consistent performer for his side. He showed character and awareness in his defensive duties. The defender’s strong aerial presence made him favourite for aerial duels. His pace was an advantage for his recovery runs and helped stop many counter attacks from opponents.

Emmanuel Michael (Nigeria, LB) – Arguably the player of the tournament. Michael was man of the match in three of the four games Nigeria played in the competition. The left back scored three goals in Nigeria’s first three games with all goals coming from direct free kicks. And while he was not on the score sheet in the final he was on the assist sheet. His breath-taking cross set up the opener. Defensively, he gave nothing away and offered plenty in attack.

Raphael Oyebanjo (Nigeria, CDM) – The defensive midfielder of the tournament. He will be probably be the unsung hero because we had plenty of attacking talents on show but he was immense in his role for Nigeria, breaking lines, intercepting passes, passing forward and covering for fullbacks made Nigeria difficult to penetrate. The intelligent midfielder was brilliant.

Sie Farouk Ouattara (Burkina Faso, CM) – Box-to-box. No one did it better than him. The Burkinabe captain showed great energy and quality in midfield. Often joining attack by arriving on the edge of the opponent’s box to recycle possession or dropping deep to form a double pivot to shut out opponents. He scored one of the goals of the competition to lead the comeback against Cote D’Ivoire.

Ebube Okere (Nigeria, AMF) – Intelligent. Okere picked up positions that caused problems for the opposition midfield and defence. Quick, skilful and has an eye for a good pass. He was the link between Nigeria’s midfield and attack, he doing it with ease because of his ball carrying ability. The midfielder was unlucky not to score in the final when he long range effort rattled the woodwork.

Yan Diamonde (Cote D’Ivore, FW) – The tournaments top scorer with five (5) goals was certainly one of the standouts. Oozing class anytime he was on the ball. His ability to play with both feet makes him unpredictable and almost impossible to stop on his day. Diamonde carried Cote D’Ivoire’s threat in attack and without him they lacked the cutting edge.

Ousmane Camara (Burkina Faso, FW) – Mesmerizing. The boy in the number 7 shirt for Burkina Faso was one of the most tormenting attackers. Scored four (4) goals for his side and helped them to finish second. Camara’s ability to find space in tight areas with his close ball control was eye catching.

Precious Williams (Nigeria, ST) – The Nigerian captain and striker scored twice for his side but there was more to his game than goals. His ability to drift into wide areas and drag centre backs with him created spaces for his team mates and made Nigeria’s attack the most fluid in the competition. Williams showed great work ethic and led the high press for Nigeria, a tactic that suffocated teams that faced them. Surely on for the future.

These eleven(11) players are my pick for WAFU ZONEB U-17 best XI of the Championship. Remember these names, they will be global stars if they continue their development and make the right career choices. ALL THE BEST TO EACH OF THEM and to all the other players who graced the championship. 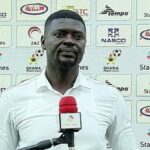 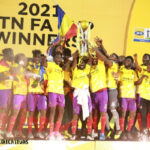