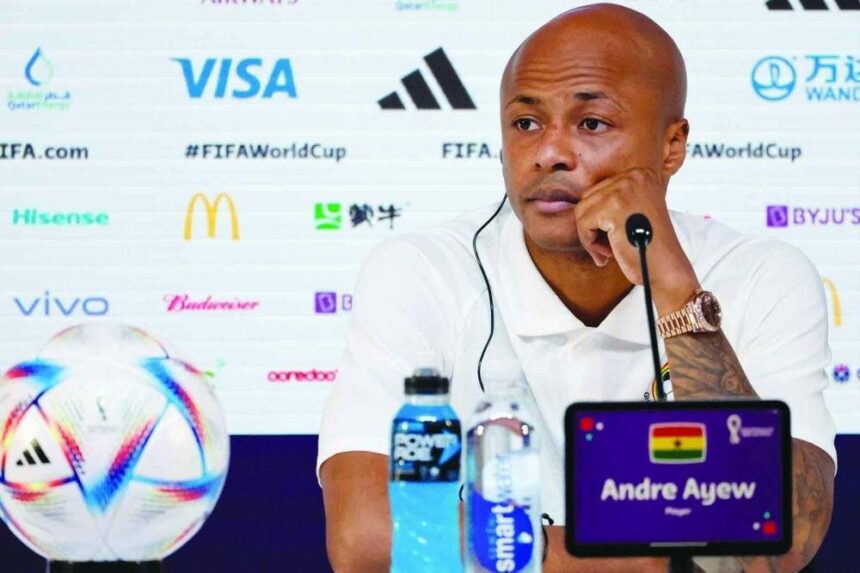 The Black Stars defeated South Korea 3-2 in the second Group H match of the 2022 World Cup, and captain Andre Dede Ayew hailed his team’s players for their spirited performance.

The Black Stars overcame a spirited second half performance from South Korea to claim their first three World Cup 2022 points.

At the Education City Stadium, Mohammed Salisu scored the game’s first goal, and Mohammed Kudus added two more as Ghana held on to maintain their record of not losing a game in the second round of the group stage of the world football championship.

In a post-match press conference, Andre Ayew expressed his belief that the Black Stars will defeat the Koreans.

Andre Ayew claimed in an interview that the players gave it their all and battled valiantly to deliver Ghana a renowned victory.

“I was very calm and confident of what was coming after the Portugal game. Korea is a tough team but I knew were going to put up a good show and that’s what we did.

“Technically, we did it for a period and we showed spirit, determination, and unity. I’m so proud of the squad and I hope that we can keep this and do better on Friday which will even be more difficult,” he said.

Tens of thousands of Ghanaian fans came to the Education City Stadium to support their team, and Andre Ayew congratulated them as well.

“We want to thank them. They came in their numbers and they were great. On Friday, we don’t know what’s going to happen but I hope that we’ll be through to the next stage.

In its two tournament games, Ghana has allowed five goals, which alarms Andre Ayew, who has stated that the team will endeavor to correct the issue.

“If we concede and win I’m okay but we are going to work on our defense and concede less,” he said.