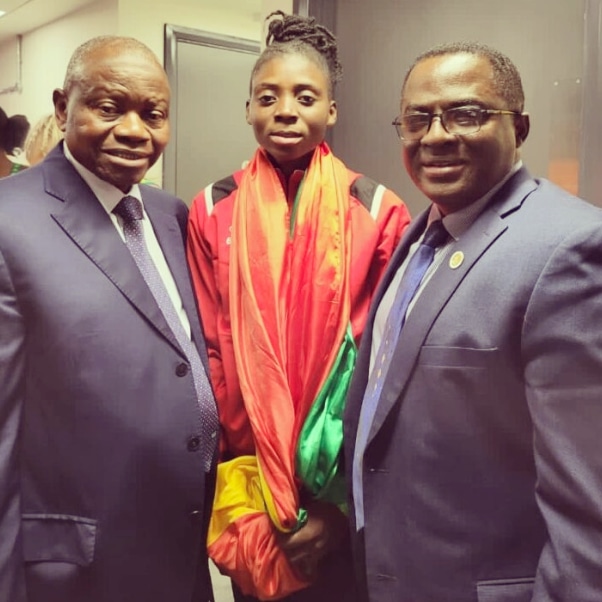 For millions of Ghanaians watching around the world, the sight of Deborah Acquah being presented with her bronze medal after the Women’s Long Jump final was a beautiful moment at the Commonwealth Games.

It may have fallen just short of compensating for the disqualification of Ghana’s Male 4×100 relay team but it was an excellent advert for Team Ghana.

What also made the occasion more special, was the fact that Ghana’s top Official in the Commonwealth and Olympic movement was given that singular honour.

There is no doubt that over the years, Mr. Ben Nunoo Mensah who leads the Ghana Olympic Committee as it’s President whilst also doubling up at the apex of the Ghana Commonwealth Games Association has earned and paid his dues.

In more recent times, he continues to carve an enviable reputation for himself and the Olympic movement of Ghana as consistent, progressive and transparent.

Such hallmarks are valued and respected by the powerful sports body and serves as a point of reference within the International Olympic movement when key decisions and appointments are made.

Africa may have its own peculiar challenges but amid these obstacles, the 58 year old Ghanaian Insurance Broker and Mining Consultant is carefully putting together a team of efficient sports administrators for the future, from a range of professional backgrounds.

Ghana has navigated around potential conflict within their Olympic family through dialogue and consensus building rather than acrimony and legal battles.

The outlook is markedly positive today with the Ghanaian winning admiration and respect from the International Games fraternity.

There are even comparisons with the CEO of Team England at the Commonwealth Games Mr Paul Blanchard.

Blanchard has over 25 years’ experience in the sports industry and has worked in Cricket at The Oval, in Premier League and Scottish Football.

He’s also had a successful stint at Southampton FC and the NFL franchise in Europe.

The two administrators may have contrasting styles but in recognition of his astute, almost reserved management approach , Mr Nunoo Mensah was specifically and carefully hand picked to represent the Commonwealth Games brand by presenting medals at FOUR different disciplines here in Birmingham.

This commenced with the winners of the Women’s 63kg Judo ceremony followed by the winners in the Women’s 4×100 metres final before presenting medals at the Men’s Cycling Time Trial Finals.

The icing on the cake came on the penultimate day of competition as the women’s Long Jump final medal presentation was beamed around the wold.

Although Ghana narrowly missed out on 2 gold medals in boxing, two silvers and a further 3 bronze medals were secured in Birmingham.

The former cricket boss of Ghana confessed that the energy of experiencing national anthems being played at medal ceremonies is a “magnificent feeling”, and prayed that Ghana will start winning gold in upcoming major international sporting meets. 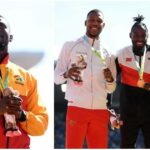 REVEALED: 13,000 Volunteers Were Selected For The Commonwealth Games Strictly On Merit
Leave a comment