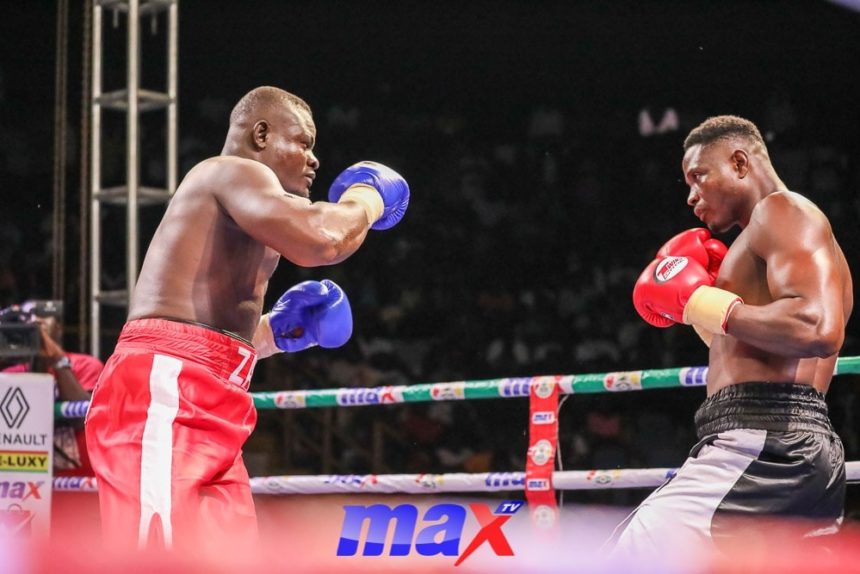 After a month off, due to the Ga Mashie ban on drumming and noisemaking, the DE-LUXY Professional Boxing League returned to the Bukom Boxing Arena with Fight Night 6 last Saturday.

Fight Night 6 was another thrilling night, with fans filling the stands to see great bouts and musical performances.

In a six-round middleweight bout, Joseph Tetteh of Akotoku Academy defeated Haruna Umeru of Black Panther Gym on points. Tetteh won the fight by scores of 60-55, 60-54, and 58-54, with the Super-featherweight bout between Michael Tagoe of Seconds Out Gym and Ben Lamptey of Sea View ending in a tie.

Aziz Quartey of Wisdom Gym defeated Yahaya Yusif of The Gym in a Super-middleweight bout in the third round via technical knockout (TKO).

In a cruiserweight bout, Mustapha Ampiah of Palm Springs Gym was defeated by Lauren Japhet of Fit Square Gym in the third round by TKO. To avoid Ampiah from more harm, referee David Mills called a halt to the fight 2.24 minutes into the first round.

C.Q.B.F.’s Philip Tetteh Aryeh made quick work of Panix Gym’s Wahab Seidu, halting him in the first round of their heavyweight battle in just 35 seconds.

In the fourth round of their Cruiserweight bout, Issah Inusah of Attoh Quarshie Club stopped Tofa Agbesi of Sonia Gym, with referee May Mensah Akakpo stopping the fight one minute and 31 seconds into the round. 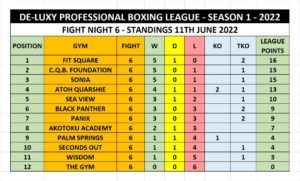 Fit Square leads the 12-team table with 16 points after six fights, one more than second-placed C.B.Q. Foundation, who are tied with Sonia Gym on 15 points.

After six battles, the Gym is at the bottom of the standings with no points. 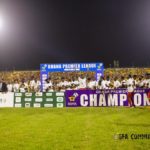 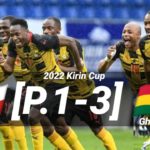