Elvis Herman Hesse, the head of Accra Hearts of Oak’s fans front, has urged board members Alhaji Akambi and Sowah Odotei to take criticism well when things don’t work out.

Due to Hearts of Oak’s terrible performance both locally and internationally, supporters have repeatedly demanded the duo’s dismissal.

The two board members came under heavy scrutiny after the Phobians’ CAF Confederations Cup elimination against Real Bamako of Mali in Accra.

When previous coach Samuel Boadu led them to the double, winning the league and the FA Cup, the Rainbow club, which had gone eleven seasons without a domestic league championship, was able to end that drought two seasons ago.

Supporters hailed the management for the accomplishment, but Elvis Herman Hesse wants them to share the blame if the club’s fortunes do not improve.

“When it goes well, when we are winning, when the right things are being done, their posture to the supporters looks like they are doing all the good things and so when things go bad they should accept criticisms”.

“Because you won’t be able to identify their portfolio in the club. They are supposed to be top managers, board members and their role is to implement policies at the top and direct the club”.

“But when they decided to come down and communicate to the supporters that they are doing everything and making things work,when it goes wrong then supporters will blame theme,” Elvis Herman Hesse said . 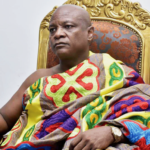 Togbe Afede: Odotei and Alhaji Akanbi have what it takes to ensure Hearts of Oak’s progression
Next Article 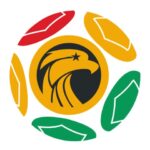